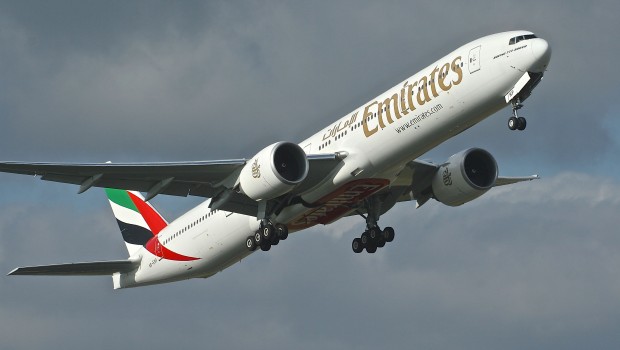 In our most recent piece on Emirates, posted on 15th September, (see here) we looked at how the airline was renewing its fleet as its last Boeing 777-200 had been taken out of service. Emirates remains the world’s largest operator of the U.S. -built Boeing 777 and reached the landmark figure of 150 on 3rd September, with the arrival of two Boeing 777-300ERs (A6-EPA/B) and one Boeing 777-F1H Freighter (A6-EFS). In an update published on 17th September, Emirates celebrated the fleet completing over 859,000 flights, while logging over 4,720,000 flight hours, since the first delivery of Boeing 777-21H, A6-EMD in June 1996.

Emirates’ Boeing 777 fleet criss-crosses the globe, currently serving 98 destinations on six continents. These staggering operating milestones underscore Emirates’ long-term commitment to the Boeing 777 program and its contribution to aerospace manufacturing and related jobs in the U.S. 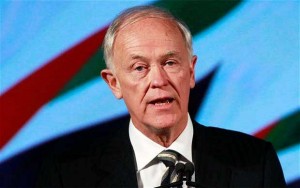 “Emirates’ approach to global air travel has created substantial additional demand for U.S.-made aircraft and engines, and benefited millions of travellers,” said Sir Tim Clark, President Emirates Airline. “The Boeing 777 makes up the majority of our fleet, and gives us the range and flexibility to provide non-stop services to almost any city within a 16 hour flying range of our hub in Dubai. Our orders for these efficient jets have come on the back of our steady growth in the U.S. and globally. We are proud to connect U.S. cities to tourism and trade opportunities in destinations across Asia, Africa and the Middle East which were previously underserved by direct air transport links. It’s clearly a win-win situation when our investments in U.S.-made technology together with our global operations, help to support U.S. jobs and strengthen American prosperity.”

Sir Tim Clark’s view that Emirate’s investments in U.S.-made technology, together with their global operations, help to support U.S. jobs and strengthen American prosperity, is not shared by the ‘Partnership for Open & Fair Skies’. This is a coalition composed of American Airlines, Delta Air Lines and United Airlines, along with the Air Line Pilots Association, Int’l, the Allied Pilots Association, the Airline Division of the International Brotherhood of Teamsters, the Association of Flight Attendants-CWA, the Association of Professional Flight Attendants, the Communications Workers of America and the Southwest Airlines Pilots’ Association. This coalition has the goal of restoring “a level playing field under the Open Skies agreements with Qatar and the UAE”. The Partnership for Open & Fair Skies strongly support U.S. Open Skies policy and are calling on the Obama Administration to begin consultations under the two agreements to address the flow of what it describes as “subsidised Gulf carrier capacity to the United States”. They are also seeking a freeze on new passenger services during the consultations. 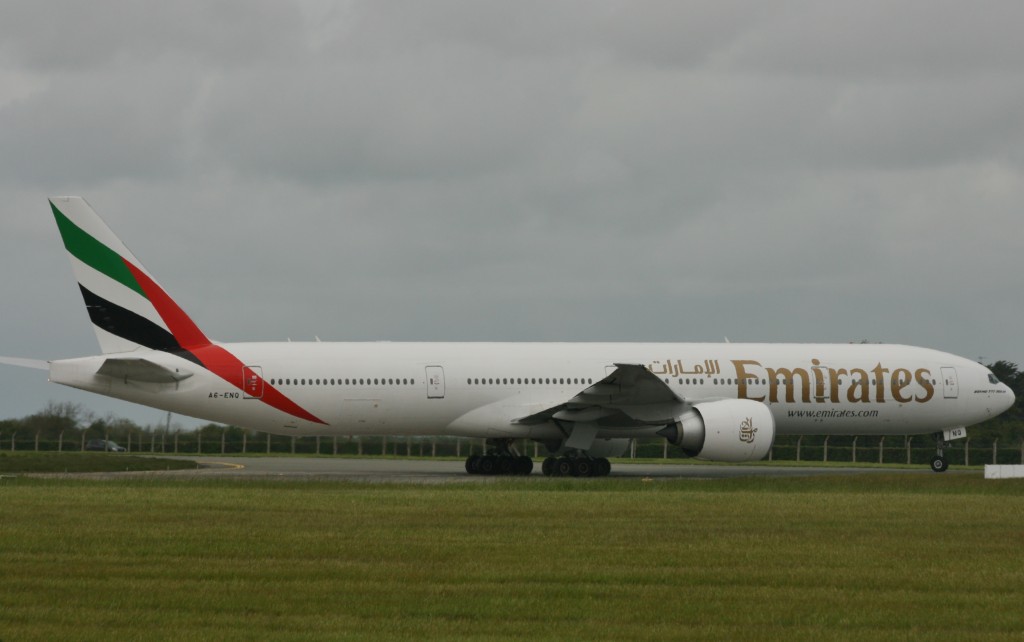 In its latest Press Release dated 21st September, the Partnership claims that evidence shows Gulf carriers use subsidised expansion to divert passengers, damaging carriers from around the world while failing to stimulate new growth. “In their continuing effort to dominate global aviation, the heavily subsidised state-owned Gulf carriers – Qatar Airways, Emirates and Etihad Airways – are harming airlines throughout the world, from France to the Philippines and beyond. Their dramatic expansion highlights the urgency behind the Partnership for Open & Fair Skies’ request for the U.S. government to address these massive government subsidies and preserve American jobs, say former high-ranking officials from the Obama and Clinton administrations” its statement adds (see here).

“Subsidised Gulf carrier competition is fundamentally distorting the international air transport market, and the impacts are being felt well beyond the United States,” added Charlene Barshefsky, the former U.S. Trade Representative under President Clinton. “This state-driven aviation mercantilism is wholly contrary to U.S. Open Skies policy and the agreements themselves and demands a vigorous response from the U.S. government.”

The Press Release went on to cite specific examples of “what other countries and airlines are facing, including the impact of aggressive expansion by Gulf carriers” on Philippine Airlines, Lufthansa, Air France KLM and Turkish Airlines.

Last month, the Partnership for Open & Fair Skies submitted a 400-page legal filing to the U.S. Department of Transportation, which outlined the breadth of the $42 billion (around €37.5 billion) in subsidies and other benefits the UAE and Qatar have provided to their state-owned airlines and demonstrated the substantial harm being inflicted on U.S. airlines and American jobs. The filing exposed a $2.6 billion (around €2.32 billion) injection from the government of Abu Dhabi to Etihad, showcased the harm the subsidies are inflicting on U.S. airlines in cities the Gulf carriers have entered, including Seattle, Washington D.C., Dallas and Boston, and detailed the Gulf carriers’ admission of their massive subsidisation.

The Partnership has the support of 262 members of the U.S. House of Representatives, 22 U.S. senators, the U.S. Conference of Mayors representing over 1,400 mayors of major U.S. cities, and dozens of business, trade and economic groups around the country in support of its demands.

In response, the US State Department said that it was still reviewing US airlines’ allegations over what they say are, government subsidies being provided to three Gulf airlines. This follows US Secretary Of State John Kerry’s meeting with the chief executives of two US airlines, American Airlines and Delta Air Lines, at their request, to discuss their concerns.

In its response Emirates showed how it is helping to support U.S. jobs and strengthen American prosperity through the following measures:-

Emirate’s say that it supporting American jobs through its multi-billion dollar investment in the Boeing 777 program over the past 19 years, with committed deliveries for the next decade. It continues to support jobs and innovation in the US aerospace manufacturing supply chain. Including its record-setting order in November 2013 for 150 GE-powered Boeing 777Xs, Emirates currently has an order book of 196 Boeing 777s valued at $93 billion (around €83 billion) at list prices.

The US Department of Commerce estimates that 5,359 U.S. jobs are created for every one billion dollars in value of U.S. export goods. On this basis, Emirates’ bulk order of the Boeing 777s alone supports over 400,000 new American jobs.

Emirates’ support for innovations in aircraft technology and commitment to bulk purchases of new aircraft models have given Boeing the market certainty it needed to make these world-shrinking technological advances such as ultra-long range aircraft like the Boeing 777-200LR and 777-300ER which are capable of flying non-stop for sixteen hours.

With its launch of daily services to Orlando, Florida on 1st September, Emirates now serves 10 U.S. gateways, providing international connections for business and leisure travellers into these airports and their surrounding regions/economies. In an analysis by aviation experts Campbell-Hill Aviation Group, it has been demonstrated that Emirates supports 3,975 U.S. jobs with each of its U.S. daily flights, and the employees holding these jobs earn $161 million (around €143.8 million) per year. 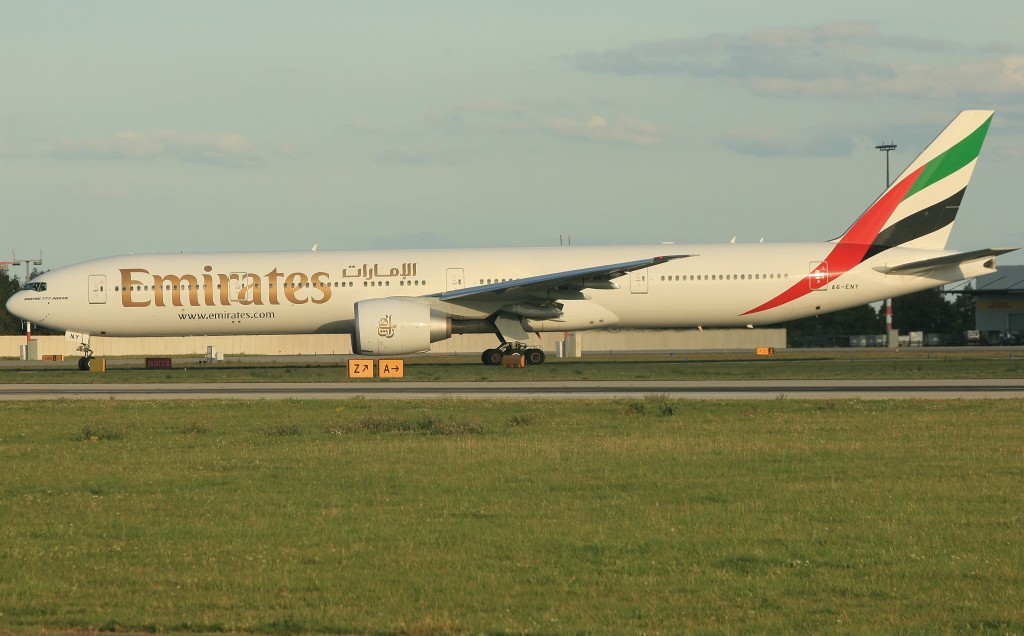 Emirates also helps support the U.S. export market, with its growing network connecting more of the USA to key markets in the Middle East, Africa, and Asia. During Emirates’ most recently completed fiscal year (April 1, 2014 to March 31 2015), Emirates carried 120,320 tonnes of cargo from the U.S. to different parts of the world. As of May 2015, Emirates had already transported more than 27,900 tonnes of cargo. Emirates’ Boeing 777 fleet has been instrumental in helping to transport this cargo, not only through its belly-hold capacity on passenger flights, but also via dedicated freighter services. The airline’s all-Boeing freighter fleet comprises thirteen Boeing 777Fs and two Boeing 747Fs.