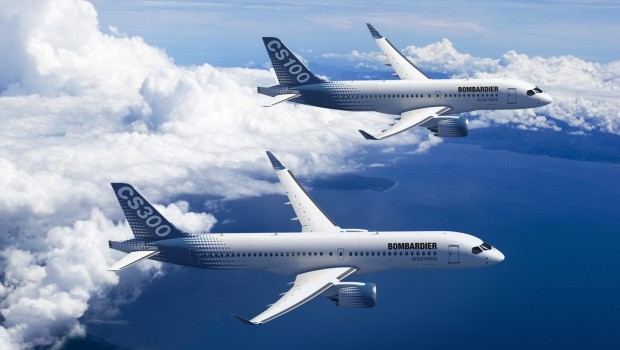 Unconfirmed reports suggest that Bombardier expects to complete the final certification testing of its smaller new CSeries narrow-body commercial jet, by the week of 23rd November, according to local media sources, quoting unnamed company sources. This would allow certification by year’s end, but everything would have to go perfectly in the certification process, which is extremely rare, for this to happen. Any delay however is expected to be more administrative than any sign of major issues, said one of the sources. “As long as no significant technical issues come up, it should be just a few days into the next year”.

Bombardier declined to confirm the testing schedule, but said it still expects certification of the 110-seater CS100 by year’s end, followed by the aircraft’s entry into service in the first half of 2016. It’s now been almost a year since Bombardier secured a firm order for its CSeries progress, so the certification of the CSeries is essential, after years of delays and cost overruns on the program.

On 10th September, Bombardier announced that the CS100 aircraft had successfully completed all noise performance testing. Preliminary data confirmed it was the quietest in-production commercial jet in its class. The aircraft’s noise performance and its outstanding short-field capability make it ideal for city centre operations.

The launch customer for the CSeries, Swiss

It was also announced that the first production CS100 aircraft would soon commence function and reliability testing, signalling the start of the final flight testing phase. For these tests, the aircraft will operate on a commercial airline type of schedule, from key airports, in North America. The announcements were made on the occasion of a CS100 flight demonstration at Bombardier’s Toronto site, where the aircraft performed for employees, local government representatives, business leaders, media and Toronto-based C Series customer and long-time Q400 operator, Porter Airlines. The demonstration aircraft – flight test vehicle five (FTV5) – is painted in the livery of launch operator SWISS.

Earlier this year, Bombardier announced that the C Series aircraft’s maximum range is confirmed to be up to 3,300 NM (6,112 km), some 350 NM (648 km) more than originally targeted. The aircraft is delivering more than a 20% fuel burn advantage compared to in-production aircraft, and a greater than 10% advantage compared to re-engined aircraft. This means that one C Series aircraft could reduce an operator’s carbon emissions by up to 6,000 tonnes each year. The C Series will also emit 50% fewer NOX emissions than the CAEP 6* NOX emission standards.

Bombardier assesses the environmental impact of its aircraft throughout their life cycles. Through its design, manufacturing, operations and recyclability, the C Series aircraft will be issued an Environmental Product Declaration (EPD) upon entry into service – an industry first.

Once again and demonstrating its ongoing support and commitment to China and the broader Asia-Pacific marketplace, Bombardier Commercial Aircraft participated in the 2015 the Aviation Expo/China in Beijing, This ran from Wednesday, 16th September to Saturday 19th September. Bombardier’s new and local leadership teams were on hand to showcase the product portfolio and customer service offerings and meet current and potential customers and local stakeholders to further strengthen long-term relationships with partners in the growing Chinese aviation industry. 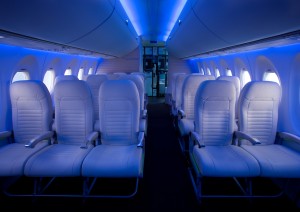 Bombardier is encouraged with the prospect of introducing “all of its game-changing, technologically advanced aircraft including the CSeries into China,” said Andy Solem, Vice President, Sales, China and Asia-Pacific. Bombardier forecasts a demand for 2,450 commercial aircraft in Greater China in the 60- to 150-seat segment over the next 20 years, with deliveries to Greater China representing 19% of the world’s total demand for 12,700 aircraft in the segment – together with ongoing regional infrastructure development, it will form the foundation for the rapidly growing aviation industry which Bombardier say it “is well positioned to meet.”

Bombardier’s local office in Shanghai is home to its Commercial Aircraft sales and marketing teams for China and North Asia as well as the teams working on cooperation projects and aircraft certification activities. Additionally, it houses Bombardier Aerospace’s Supply Chain organization in China. Currently, more than 350 Q Series turboprops, CRJ regional jets and C Series airliners are in service with, or on firm order from, approximately 45 customers and operators in the Asia-Pacific region, Greater China and India. 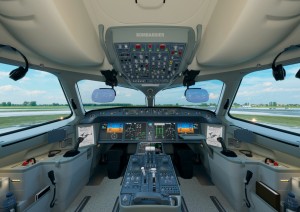 Unfortunately for Bombardier, the high level event yielded no orders for the CSeries. The drought in orders for the CSeries comes as the used jet market is buoyant, and as Boeing and Airbus have been heavily discounting their smaller models in a clear attempt to thwart sales of the CSeries. While the CSeries may be a new world class airplane, it does not come cheap, with prices as high as $82 million (around €73.3 million). By comparison, a 10-year old Airbus A319 costs about half as much. In addition airlines have generally been shifting their fleets towards larger sized aircraft, which has created a ready market in used aircraft that compete with the CSeries.

Another key issue for airlines is the cost of fuel, which has plummeted drastically in the last year. Before fuel prices fell, many airlines were willing to pay the premium for a CSeries jet, knowing that they would save on fuel costs in the long run, but now it makes little economic sense, although Bombardier maintains that CSeries is the better long-term option, implying that fuel prices will eventually rise again. In spite of lower fuel prices Bombardier still claims that the CSeries with its fusion of performance and technology, offers operators potential savings of between $7.5 to 12 million (around €6.7 to €10.7 million) per aircraft.

Bombardier has booked orders and commitments for 603 C Series aircraft, which include firm orders for 243.