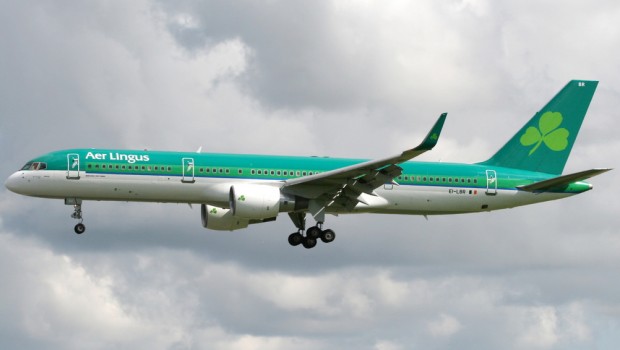 Sunday 9th August, was a historic day for Ireland West Airport (IWAK) and Knock Shrine as it welcomed its first Transatlantic Pilgrimage Flight from New York. The special pilgrimage flight, which was supported by the Archdiocese of New York and led by the Archbishop of New York, Timothy Michael Cardinal Dolan, touched down at 07:32 to embark on an eight day, specially tailored Pilgrimage programme. The visit showcased some of Ireland’s most historic spiritual sites, including a historic visit to Knock Shrine opening and participating in Ireland’s National Public Novena in honour of Our Lady of Knock.

While the pilgrimage flight was a once off, Joe Gilmore, the Managing Director of IWAK believes it could open the door to more transatlantic flights in the future. He said that the airport had to demonstrate they were capable of handling transatlantic services. “We need to secure the investment in terms of government to allow us to have the investment to put into marketing to help the new services. That is very crucial to secure the long term development of the airport” he added.

He went on “I am honoured to welcome our visitors from the US on this historic occasion of the first ever Transatlantic service with Aer Lingus from New York, marking the return of transatlantic flights to the West of Ireland after an absence of eight years. It further reinforces our strong belief that direct scheduled services from the likes of New York and Boston into Ireland West would be successful”. The last transatlantic flights from Knock were in 2007 when low cost carrier, Flyglobespan, operated flights to Boston and New York from April until October 2007. Over 22,000 passengers availed of the transatlantic service from Knock at the time. 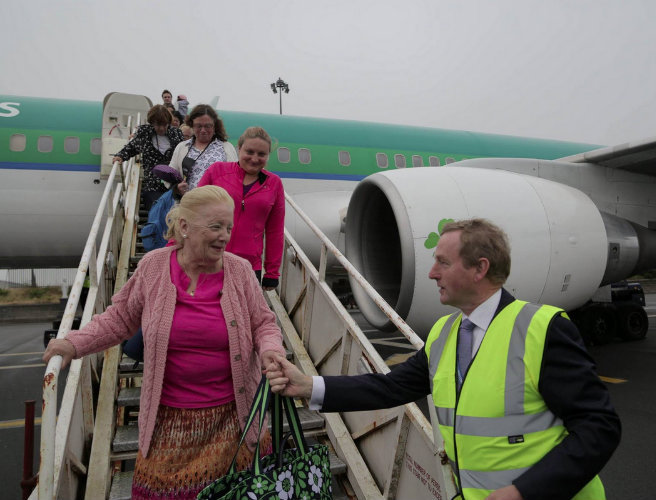 The Taoiseach was on hand to welcome the piligrims to Knock

The Aer Lingus flight, the EI4102, had departed New York the previous evening at 21:08 (local), operated by Boeing 757-2Q8 (W), EI-LBT, with over 170 passengers from a host of cities across the US. The flight was greeted by a huge crowd who had gathered at the airport to witness the historic occasion. Those present included An Taoiseach, Enda Kenny and Stephen Kavanagh, CEO, of Aer Lingus.

Archbishop of New York, Timothy Michael Cardinal Dolan, speaking on landing in the West of Ireland said “It’s an honour for me to arrive into the beautiful West of Ireland on this historic flight. I am hugely excited to see what this beautiful part of Ireland has to offer and am particularly looking forward to opening Ireland’s National Public Novena on the 14th of August, with Mass in the Basilica of Our Lady, Queen of Ireland, in Knock”.

Fr. Richard Gibbons, P.P., and Rector of Knock Shrine commented, “This is a very important and historic day for the promotion of Knock, Ireland’s National Marian Shrine, at home and abroad. It is hugely significant that the Archdiocese of New York, led by Cardinal Timothy Dolan, is deepening its relationship with Knock Shrine and highlighting the spiritual heritage of Irish Americans especially in New York. Knock Shrine holds a special place in the hearts of our Diaspora, and in the Catholic tradition, pilgrimage plays a significant role in renewing people’s faith and we are delighted to facilitate that. It is also important to note that Ireland West Airport Knock was built specifically to welcome pilgrims to Knock Shrine as well as to develop the economic life of the West. Monsignor James Horan, I’m sure, would be very proud seeing his vision come to fruition”. 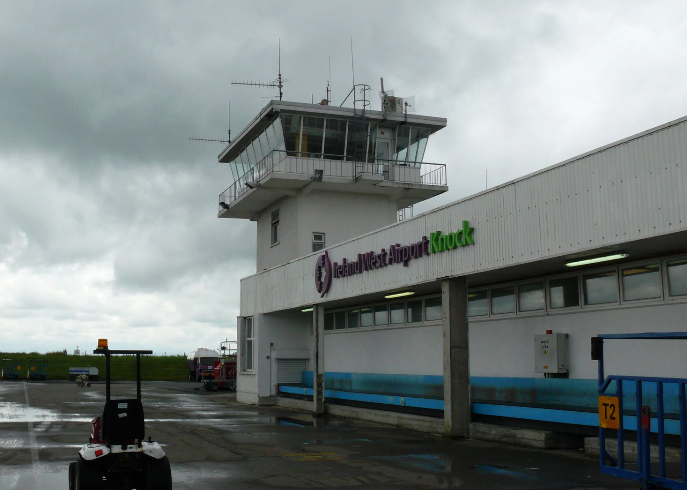 The Control Tower at Knock

Declan Kearney, Director of Communications, Aer Lingus, also welcomed this historic development for the airport and the region and said that Aer Lingus was delighted to have been chosen to provide the flights for this important pilgrimage group. Stephen Kavanagh, added that the airline was in discussions with management at the airport with regard to the possibility of operating scheduled transatlantic services from New York and Boston into Knock Airport.

While Mr Gilmore was optimistic that transatlantic routes could soon be resurrected, for Aer Lingus the real difficulty is shortage of capacity and the one off service was only possible by diverting a service from Dublin. Prior to the Knock charter, EI-LBT had operated the EI103 from Dublin to JFK on the 8th, departing Dublin at 08:15 and landing at 10:02 (local). Following the charter, the aircraft positioned Knock – Dublin later that morning (9th) as EI4103P. It departed IWAK at 09:30 and arrived back in Dublin at 10:01. It then operated the EI129, Dublin – Toronto, departing at 14:29.

Mr. Gilmore also revealed that the airport was “also talking to other International carriers in the US” and he added that the airport envisaged that seasonal services could be introduced first and then expanded to a year-round offering.

The return flight from Knock to JFK operated on 16th August as scheduled. In order to operate this flight Boeing 757-2Q8 (W) EI-LBR, positioned Dublin – Knock as EI410P, departing 06:05 that morning and landed in Knock at 06:30. The aircraft departed for New York as EI4103 at 08:18, slightly later that the scheduled departure time of 07:50. Nevertheless, the aircraft arrived ahead of schedule at 09:51 (local). It then operated the EI102 to Dublin departing at 12:26 arriving back in Dublin at 23:24, after completing what was a busy and historic operation.