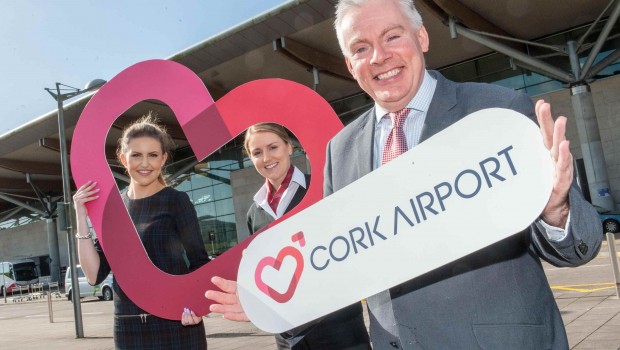 A Holiday exodus for the August bank holiday weekend translated into the busiest weekend of the year at Cork Airport as people jet off to the sun. Over 40,000 passengers made their way through the airport over the weekend, as people reacted to a very inclement July. According to figures released by the weather station at Cork Airport, 158.2mm of rain fell during the month, double the average of 78.8mm normally expected for July. For those from Munster seeking the sun, Cork Airport offered a fantastic choice of sun destinations including Lanzarote, Tenerife, Barcelona and Malaga. For others there was a choice of great city breaks including Paris, London and the recently added Cardiff. Cork Airport was also offering great value car parking at less than €5 a day when booked online with all car parks just a short walk away from the terminal building.

For those travelling, Kevin Cullinane, Head of Communications at Cork Airport offered the following practical advice; “make sure you give yourself plenty of time to check in bags and get through security. While it normally takes less than 10 minutes to get through security, it may take a little longer at peak times. Allowing adequate time will also give people relax in our Departures lounge and enjoy our excellent facilities and award-winning customer service before their flight.”

Looking further ahead, Cork Airport has welcomed the announcement that Aer Lingus is to double its services to Tenerife for the upcoming winter season. Aer Lingus currently operates a weekly flight to the popular Spanish island every Sunday. The additional service, which will operate every Thursday, will commence from 29th October until end of March 2016. The announcement will mean an additional 7,000 seats are available for holidaymakers and follows the recent announcement that Aer Lingus is to operate a new Cork – Düsseldorf service from May 2016.

This was another hugely positive announcement according to Niall MacCarthy, Managing Director at Cork Airport. “The announcement of the doubling of the service to Tenerife by Aer Lingus is great news for holidaymakers in the region. Aer Lingus operates flights to 22 destinations across Europe, making the airline our biggest customer servicing 1.25 million passengers each year”. “Tenerife is one of our most popular destinations with sun-seeker. Last year over 70,000 passengers from across the country visited the island which really highlights its popularity” he added. 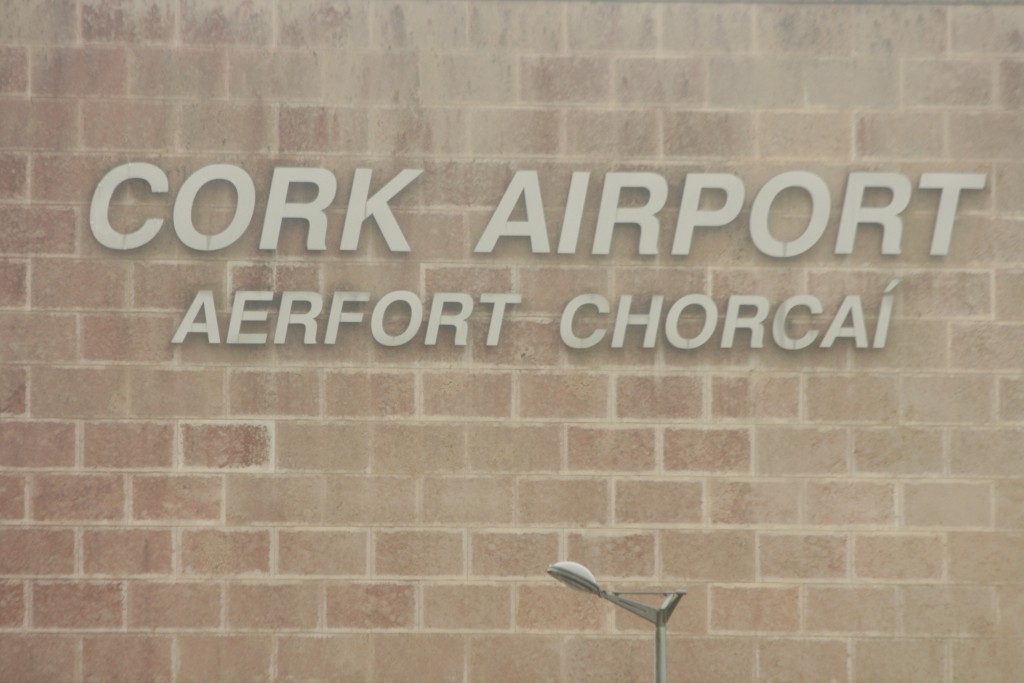 Cork Airport is also looking at developing further revenue streams to help support the airport as it builds its passenger numbers. It recently signed a long term contract to open its new Business Aviation Centre at the airport, with its newest partner, Weston Aviation. Weston Aviation was established in 1995 by Nick Weston and has bases at Newquay Cornwall Airport, Durham Tees Valley Airport, Humberside International Airport and Robin Hood Airport Doncaster Sheffield. It provides specialist cargo logistics, private jet and helicopter chartering, concierge and aviation support services and the new Business Aviation Centre at Cork Airport is Weston Aviation’s first venture outside of the UK. As the company takes up residence at the executive hangar and office facility at the airport it will be the first time that executive aircraft can avail of a hangar service at Cork Airport.

Speaking about the new venture, Weston Aviation’s Managing Director, Nick Weston said: “We chose Cork Airport as our first international base for a number of reasons; key was the number of global businesses based in the region as well as the growing local economy. We believe that there is real scope to significantly develop our client base in Ireland from Cork. Many of the companies based here may be new to the private aircraft charter services that we provide so will not be fully aware of the benefits we can bring to a business such as flexibility and cost efficiency.”

He added: “We will be looking to initially recruit a team locally. These positions will be in sales, ground handling and administration and over the next two years we plan to expand the Irish team. It’s a very exciting time for Weston Aviation and we’re looking forward to growing our business at Cork Airport.”

Hopefully, this announcement will be just the opening move for management at Cork Airport in developing ancillary revenue streams which are crucial to its future success. 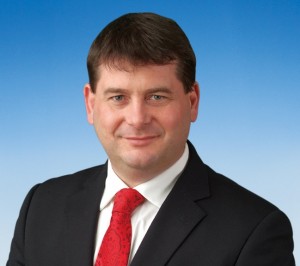 Certainly, former Lord Mayor of Cork and current Minister of State at the Departments of the Taoiseach and Foreign Affairs with Special Responsibility for European Affairs and Data Protection, Dara Murphy, thinks so, and he believes Cork Airport should position itself as a global aircraft leasing hub to take advantage of the multi-billion euro industry.

Speaking to the Irish Examiner, the Minister said he would encourage the development of a strategy to attract air finance companies, such as Avolon, ILFC, and GECAS, to “set up operations at Cork Airport Business Park and the old airport terminal building, which would provide ideal office facilities to accommodate air leasing companies”. “We have no stake in the existing business park but we have a [50-acre] landbank there that in due course we might bring to the market as an extension of the business park to create an ancillary revenue stream because [they] are absolutely critical to airports nowadays” he added.

The creation of ancillary revenues, including from a significant nearby land bank, has previously been highlighted as a priority for the airport and as Cork Airport’s managing director Niall MacCarthy pointed out in May. “Ancillary revenues help keep your airport charges low”. 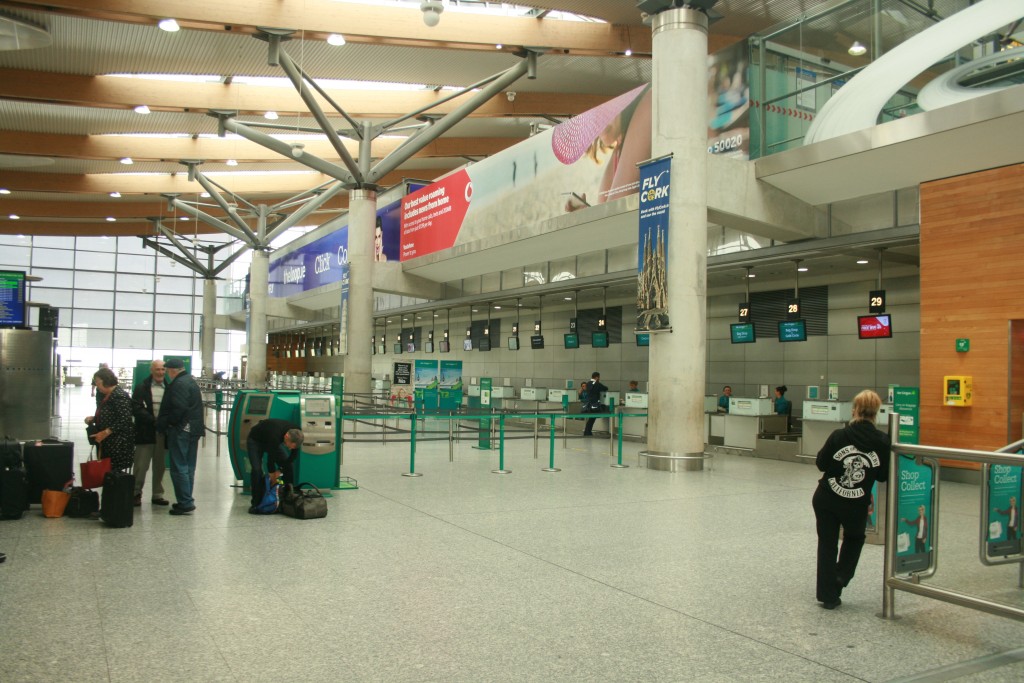 The check-in area at Cork Airport

Cork Chamber of Commerce, in a pre-budget submission has said it believes it is important to maintain an appropriate balance between current spending and capital investment, as part of Budget 2016 and the Capital Investment Programme. Their submission proposes continued and increased investment in Infrastructure as a key enabler to facilitate sustainable economic growth in the Cork region. Investing in crucial infrastructure projects in the region, tops businesses’ wish list ahead of the budget, with road improvements and better air connectivity from Cork Airport among the chief concerns.

Its submission strongly supports the principle of the recently announced ring-fenced marketing fund of €1 million by Minister for Transport, Tourism & Sport, Paschal Donohoe, which has been allocated for the cooperative marketing of regional ports and airports. The Chamber does however, caution that while this is a positive announcement, the modest sum available should be grown in the future, and leveraged and sought on a multi-annual basis. It is the opinion of Cork Chamber that this fund be targeted strategically with outcomes of the fund measured effectively.

Cork Chamber is the leading business organisation in Cork supporting and representing the interests of close to 1,100 businesses employing over 100,000 people in the region. Its recent Q2 Economic Trends survey provides evidence to support a continued positive outlook amongst Cork businesses with 96.6% of those surveyed reporting confidence in the future of their business, nearly 10% higher than reported this time last year.