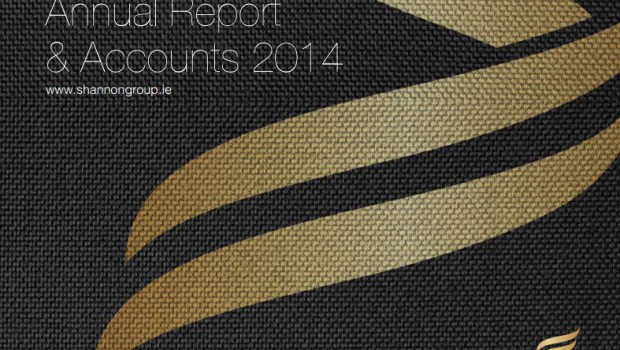 The Shannon Group plc, published its inaugural report on 30th April. This covers the four month financial period from the establishment of the Group on 5th September to 31st December 2014. The report shows that the Group made a positive start, with all units of the business achieving progress with the group targeting sustained growth, significant reinvestment and cost containment/ efficiencies. The results show that the Group has delivered significant progress on key objectives set for 2014 and is now embarking on a programme to address group-wide underinvestment and improve cost efficiencies. Shannon Group plc was incorporated on 29th August 2014, prior to the Group being formally established, on the enactment of the State Airports (Shannon Group) Act, 2014, The Group’s four strategic business units – Shannon Airport, Shannon Heritage, Shannon Commercial Properties and the International Aviation Services Centre (IASC) – have, however, been working together throughout 2014, prior to the Group’s official formation.

The Group, which employs over 600 people in high season, recorded a €21.1 million turnover in its first four months and returned a post-tax profit of €600,000, which, Chairman Rose Hynes said, amounted to a satisfactory result given that this period is off-peak for the Airport and Shannon Heritage.

Commenting on the results, CEO Neil Pakey, “Our transformation must continue to evolve this year with emphasis on change, continuous improvement and improved efficiencies, combined with ensuring we continue to build the platform for the future sustainability of Shannon Group.“

The day-to-day management of Shannon Airport is carried out by the Shannon Airport Authority Limited with over 260 employees. It is the home of Shannon Duty Free, the world’s first duty free shop. The airport operates a 24 hour service with no curfews, slots or noise restrictions. At 3,199 metres in length, the airport has the longest runway in Ireland and is capable of handling all aircraft types. Shannon Airport operates a fire and rescue service to Category 9. The airport campus comprises approximately 855 hectares of land of which 493 hectares are used for the operation of the airport. It has its own fuel storage farm with hydrant delivery systems and its own water supply facilities.

Shannon Airport’s profitability for the full financial year 2014 improved considerably, with earnings before interest, taxes, depreciation, and amortisation (EBITDA) of €4.6 million, an increase of 34% on 2013. Addressing historic underinvestment in airport infrastructure also began in 2014, through a €4.4million airport capital expenditure programme. Among these projects were an airport runway overlay upgrade, fire safety upgrade works, a new retail IT system and a new traffic management system. 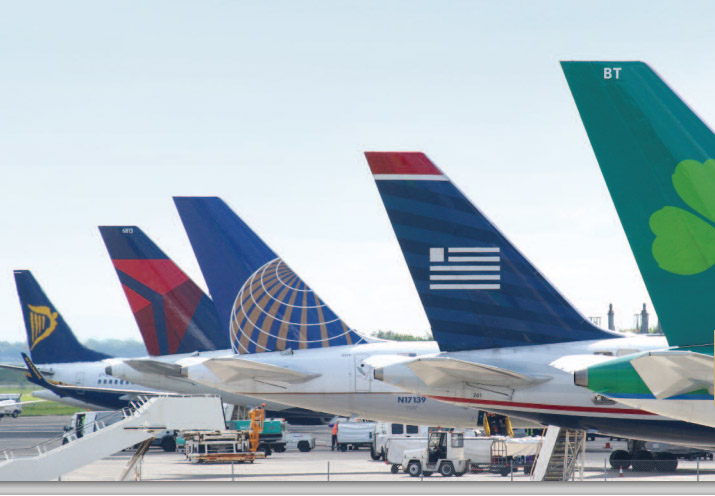 The airport continued its growth trajectory with a significant increase in passenger numbers (17%) and improvements in connectivity for the second successive year. European traffic showed the largest gains with a 70% increase. Transatlantic traffic continued to perform strongly, increasing by 10% and UK traffic recorded a 5% increase. Passenger numbers in 2014 had a direct material impact on this region’s economy with benefits for all stakeholders. To put this in an economic context, based on Tourism Ireland average spend per visitor matrix, visitors arriving on direct flights into Shannon generated an estimated €150 million in tourism spend in 2014, a 17% increase over 2013.

The Group’s intention to develop a cargo hub at the airport was also boosted by the confirmation that Turkish Airlines, through its subsidiary Turkish Cargo is to commence Ireland’s only direct all-cargo air service to North America from Shannon. Shannon Airport first welcomed Turkish Airlines in early March this year when the airline began making refuelling stops at the airport. Turkish Airlines will now operate a new weekly Shannon – Chicago service on Fridays through its cargo subsidiary Turkish Cargo, significantly boosting options for Irish exporters, from multi-nationals to SMEs.

Other elements of the Groups businesses, such as Shannon Heritage, the company’s heritage visitor attraction business, also experienced a positive year, with an overall 11% increase in visitor numbers. Shannon Heritage reported turnover of €11.9 million for the full financial year ended 31st December 2014, a 7.6% increase on the previous year. Shannon Commercial Properties’ operating profit from continuing activities, and before impairments for the full financial year 2014, amounted to €0.6 million versus a loss of €1.6 million in 2013.

IASC (Shannon’s International Aviation Services Centre) has been established to build on the existing network of aviation related services in Shannon in order to continue to grow the existing globally recognised and internationally competitive aviation cluster. The core IASC team was assembled during the year and work is underway to build relationships with international partner companies and key players in the global aerospace industry.

Full details of the report can be found here.

The following table shows the breakdown of passenger numbers across all market segments for the last 3 years.

Separately, Shannon Airport is sponsoring a European Sport Tourism Summit. Leading global experts on the €450 billion sport tourism sector were in Limerick on 14th May, one of the biggest international think-tanks of the year. Key topics discussed at the Shannon Airport European Sport Tourism Summit included the need for countries to have their own dedicated Government backed bid agencies (see video below). Neil Pakey, CEO of Shannon Airport, said that Ireland can become a real global player in the sector. “We are right in thinking that sport tourism is a huge opportunity for Ireland and this region. The focus of other nations on securing big events is very interesting. They put a lot of resources into that and I think we need to do likewise here. Ireland can become a serious player in hosting events, from major ones like the Rugby World Cup to the smaller niche ones. We just need to get a calendar of events going as a priority.” 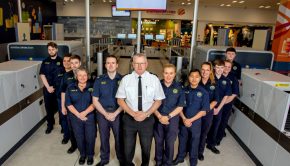 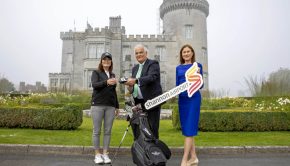