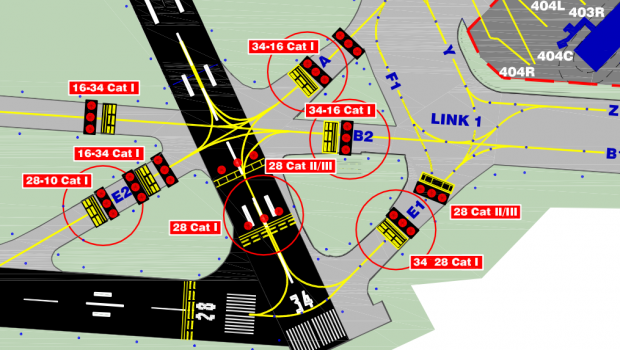 Here is a brief roundup of the latest AAIU Reports. You can read all of the AAIU Reports HERE and at www.aaiu.ie 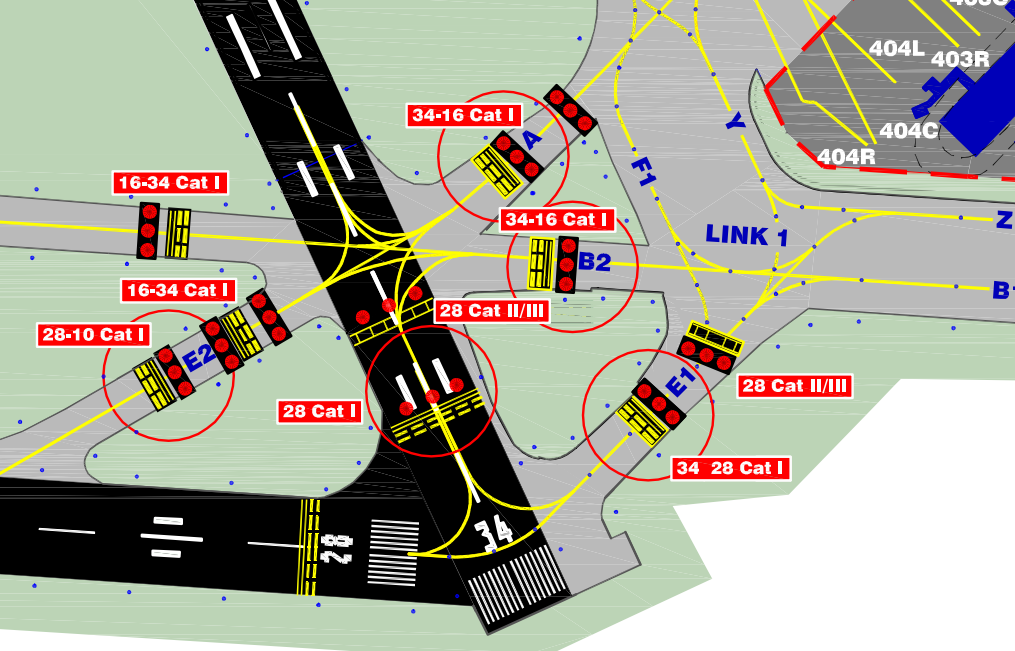 A similar event, which is also the subject of an AAIU Investigation, occurred at the same location on the 7 October 2014. The IAA have now closed both A and B2 taxiways. Irish AIP.

At approximately 06.25 hrs (UTC) the first aircraft reported that there may have been contact from the aircraft taxiing behind. This was confirmed by the second aircraft. Air Traffic Control halted all aircraft ground movements and coordinated with the emergency services in order that the situation could be assessed. Weather and visibility at the time of the occurrence were good.

A similar event, which is also the subject of an AAIU Investigation, occurred at the same location on the 7 October 2014. Common factors in both accidents are as follows: 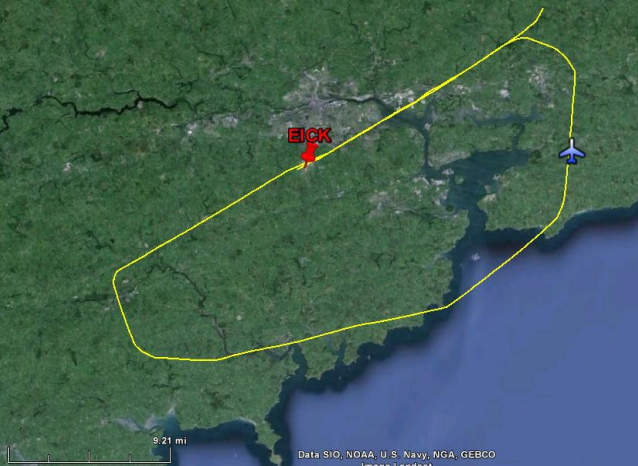 Track of EI-REL between First and Second Approaches. AAIU Report.

Synopsis: The aircraft, which was on a scheduled passenger flight, carried out a go-around from its first approach to Runway (RWY) 25 at Cork Airport (EICK) in stormy weather, due to a significant increase in indicated airspeed on short final. The aircraft then positioned under radar control for a second approach to the same runway. Its track brought it south of EICK, close to the coast and at times over the sea. During this time, a thick layer of sea salt formed on the front windscreens, obscuring the Flight Crew’s forward visibility. As it was not possible to acquire the necessary visual references for landing, a second go-around was flown. The Flight Crew flew the aircraft to areas of shower activity and a small portion of the Commander’s windscreen was cleared. A third approach was flown to a successful landing. 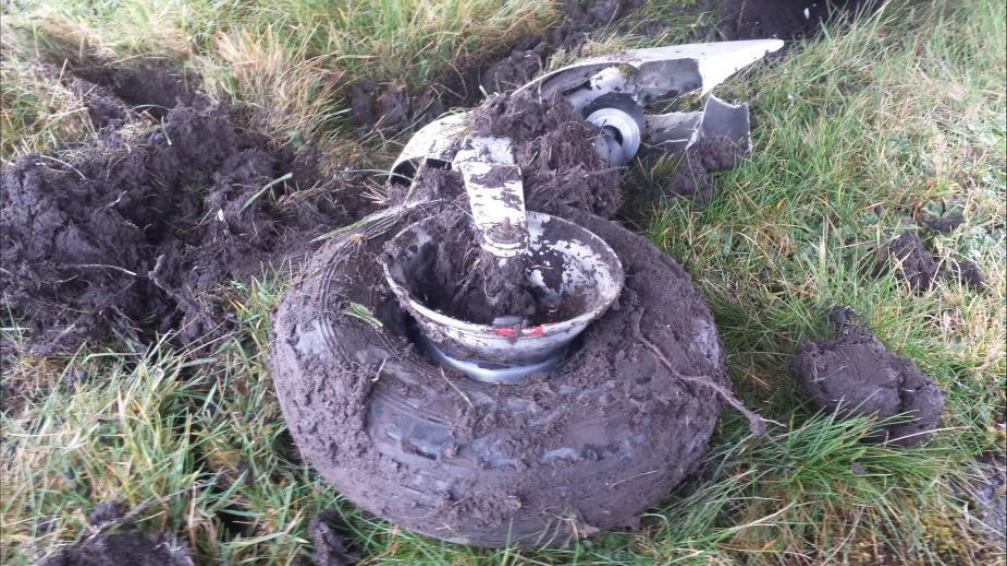 Synopsis: Following an uneventful landing at Coonagh Airfield (EICN) and while the aircraft was decelerating to a slow speed on the runway, the Pilot experienced difficulty in maintaining directional control. The aircraft slowly veered to the left side of the runway and encroached onto the soft grass verge. The nose wheel collapsed and separated. The aircraft pitched nose down, damaging the propeller. There were no injuries to the two persons on board. 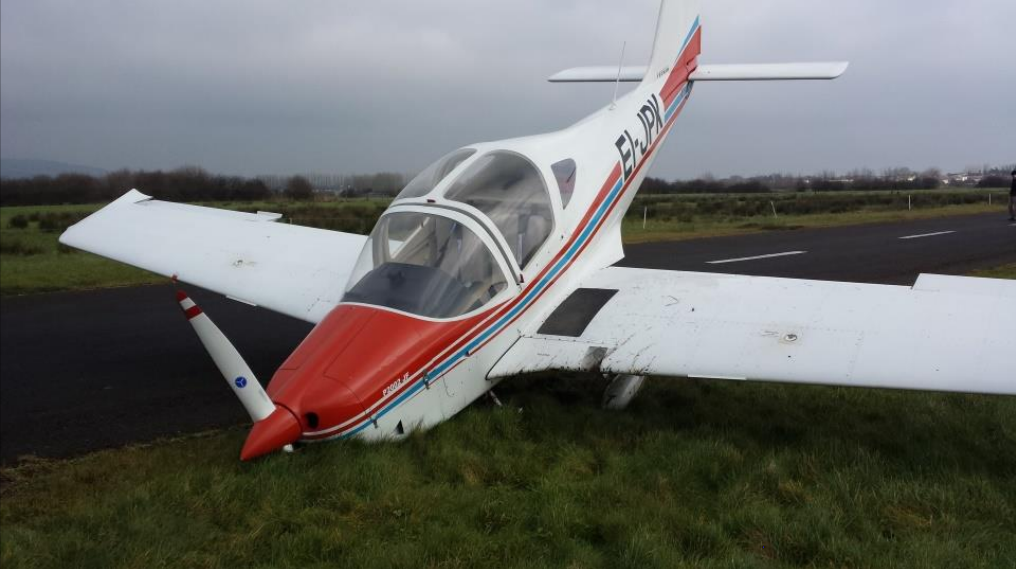 An examination of the separated nose wheel determined that the tyre and tread were in good condition, but the tyre had deflated and the bead had slipped inward on the wheel rim The Pilot confirmed that the aircraft’s three tyres were serviceable during his pre-flight inspection and as two circuits had been successfully completed, it is likely that the nose wheel tyre deflated sometime during the latter stages of the flight or during the final landing/rollout manoeuvre. A loss of tyre pressure will affect the overall form and rigidity of the tyre itself and when a nose wheel deflates it can present difficulties in maintaining directional control. This is particularly relevant when the aircraft does not have differential braking, as was the case with the subject aircraft.

While the aircraft was travelling at a relatively low speed during the rollout, there was still sufficient momentum for the aircraft to veer off the centreline. The loss of effectiveness of the nose wheel steering, the lack of available rudder authority and the narrowness of the runway all contributed to the runway excursion. 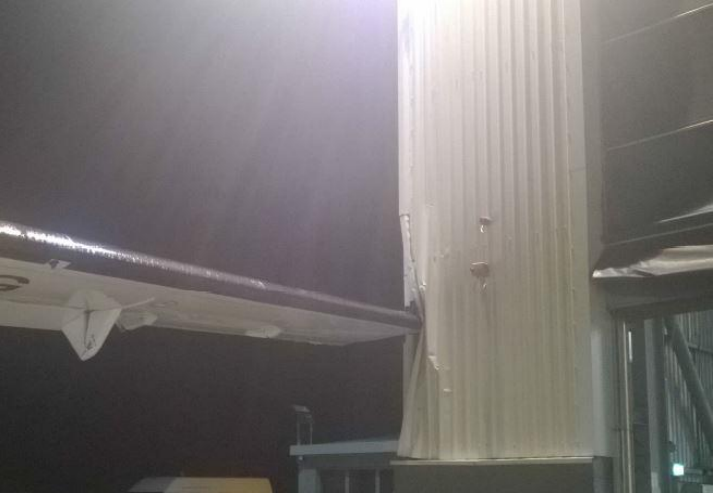 Synopsis: The aircraft was operating a multi-sector cargo rotation, with the first sector from Shannon Airport (EINN) to Cork Airport (EICK). After its earlier arrival at EINN, the aircraft was parked adjacent to the east apron hangar where loading took place. Following engine start, the aircraft commenced its taxi with a slight right turn towards the lead-out line to the taxiway. During the turn, while under marshaller’s instructions, the left wing-tip came into contact with the hangar cladding. No persons were injured. Although the aircraft carried a small quantity of dangerous goods, they posed no hazard as a result of the impact. The parking area used at EINN was not suitable for an ATR 72 as this is a larger aircraft than the ATR 42 which was normally used for this operation. 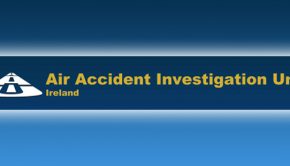