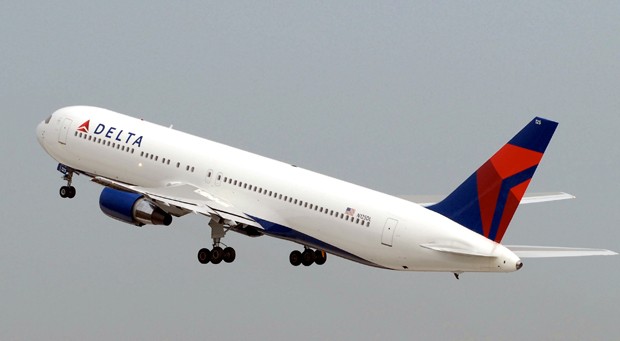 Thanks to the $175 million (€156.25 million approx) extension of Delta’s Terminal 4 at New York-JFK, which opened in January this year, customers flying Delta have an enhanced travel experience with more facilities and smoother onward connections. While many of Delta’s domestic services at JFK have previously operated from Terminal 2, the addition of 11 more gates and 75,000 square feet (6,968 m²) to Terminal 4’s Concourse B. This means that the U.S. airline now operates more than 80% of internal flights from the international gateway, improving transfer times and convenience for customers. Los Angeles, San Francisco, Las Vegas and Boston are among the most popular onward destinations for passengers from Ireland. It is a continuation of Delta’s $1.2 billion (€1.07 billion approx) investment programme to enhance and expand the terminal. The new gates at Terminal 4 feature enclosed jet bridges and offer customers proximity to a flagship Sky Club and chef-driven restaurants. The expansion also facilitates intra-terminal connections with the addition of a new JFK Jitney bus stop at the end of Concourse B in Terminal 4 near the new gates. This will complement the existing stops located by gate B18 at the base of Concourse B in Terminal 4 and by gate C60 at Terminal 2.

Delta Air Lines is boosting travel options for customers travelling between Ireland and the United States, by resuming services to New York from Shannon Airport from 2nd May, which is operated in conjunction with joint venture partners Air France-KLM. Delta has scheduled a Boeing 757-200 aircraft with 164 seats on the route and the first inbound flight, DL406 was operated by N718TW, which arrived slightly ahead of schedule at 11:00. Initially the service is being operated at a six per week frequency, increasing to full daily from 11th May, and continuing until 29th September. The Shannon flights complement Delta’s year-round operations between Dublin and New York (DAL411/91) operated by a Boeing 767-300ER aircraft. The same aircraft type is used on the summer seasonal service between Dublin and Atlanta (DL176/7) which resumed on 30th March (N154DL) and operates daily except Thursday and Saturday until 1st June, when the full daily schedule commences. It continues until 23rd October. 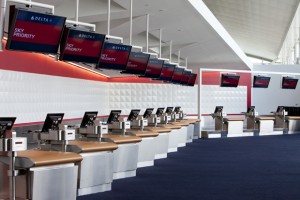 Delta will be offering more than 6,300 weekly seats between Ireland and the United States this summer. Last year was one of the highest-ever for U.S. visitor numbers to Ireland with around 70% of American tourists arriving between May and September. The Atlanta flight responds to this spike in demand, supporting the local tourism industry while also providing greater choice for customers flying to the U.S. Delta Air Lines serves more than 170 million customers each year and through its global network, Delta and the Delta Connection carriers offer service to 321 destinations in 58 countries on six continents. Headquartered in Atlanta, Delta employs nearly 80,000 employees worldwide and operates a mainline fleet of more than 700 aircraft.

Commenting on the new developments Perry Cantarutti, Delta’s senior vice president for Europe, the Middle East and Africa said; “The investments we have made at New York-JFK will greatly improve the customer experience by offering domestic connections within Terminal 4, When combined with our on-board service, including the roll-out of Wi-Fi and the wealth of entertainment options, we are confident our customers will enjoy flying Delta from Ireland to the United States this summer.” International passengers flying in Delta’s business class cabin, Delta One, enjoy a full range of premium products for a comfortable, relaxed, and productive in-flight experience. These include flat-bed seats with full 180º recline and direct aisle access, plus ‘Westin Heavenly In-flight Bedding’ from Westin Hotels & Resorts. 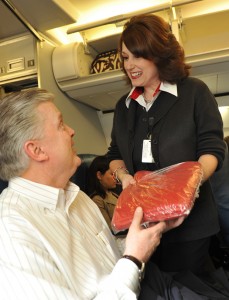 Delta has also updated its SkyMiles program with several changes to improve the program as members earn status and redeem miles for Award tickets. The improvements include lower One-Way Awards, improved tools for Delta customers to book Award travel, and the ability to earn Medallion Qualification Dollars (MQDs) on partner airlines, regardless of ticketing carrier. Award redemption has also been improved by expanding the number of airline partners that SkyMiles members can select to redeem for Award Travel on delta.com. Delta also updated the Fly Delta app from January to give customers the ability to book Award travel from mobile devices.

Delta Air Lines is purchasing five used Boeing 757-200 aircraft in the first quarter, even as it continues to remove the majority of the type from its fleet. They will be used on longer flights across the Atlantic and to northern part of South America. Delta like other US carriers are replacing 757s used for shorter-haul routes with A321s and 737-900ERs. The five aircraft are part of purchase commitments for 194 aircraft, reported in Delta Air Lines 2015 First Quarter filing with the Securities Exchange Commission (SEC) on 15th April. You can see further details of the filing here. The aircraft are expected to be configured into Delta’s international 757 configuration when they arrive in the fleet later this year. They are rumoured to be coming from Shanghai Airlines which owns some of the very last 757s that came off the 757 line.

Delta Air Lines expects to see a strong financial year in 2015, despite mounting headwinds in international markets and a strong dollar. The worst impacts of the strong dollar are being felt in Brazil, Japan and Africa, India, the Middle East and Russia according to Delta. However, “the strong dollar is a net positive for Delta,” according to Richard Anderson, the airline’s chairman and chief executive. The $2.2 billion (€1.96 billion approx) revenue benefit from lower fuel prices will more than outweigh the $600 million (€535.72 million approx) negative impact of the strong US dollar this year, he says. 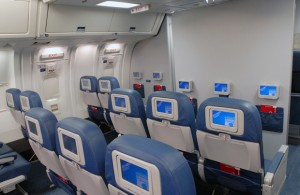 Last February Delta’s employees received additional rewards as part of the company’s $1.1 billion (€982.15 million approx) total profit sharing payout for 2014 – the largest payment in the company’s history – in recognition for their industry leading performance. Total individual payouts equalled more than 16% of employees’ eligible 2014 earnings, which equates to an average of nearly two months’ salary. In October 2014, Delta paid a 5% advance on profit sharing to employees. The 2014 payout is a record for the airline industry and among the highest for any U.S. corporation. In addition to profit sharing, Delta’s Shared Rewards program pays out monthly bonuses for meeting corporate operational goals throughout the year. 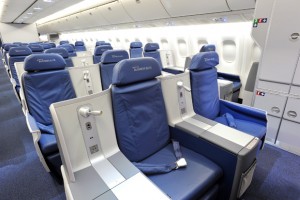 The new Business Elite seat on a Boeing 767.

Richard Anderson, Delta’s chief executive officer said “At Delta, we believe that people, values and culture drive our success,” “We call it the ‘Delta Difference’ he added and said it was essential for its employees to have an ownership stake in our business and share in the record-breaking achievements they helped create.

Delta has announced that it is partnering with New York-based designer Zac Posen to bring high fashion and function as part of Delta’s new uniform program. Delta is creating a program for nearly all of its uniformed employees. Through the partnership, Zac Posen will design a uniform collection for Delta’s flight attendants and airport customer service agents while advising on the uniform project for Delta’s ramp and ground support agents, Delta Cargo agents and Delta TechOps employees. Known for his fresh and innovative designs, Posen’s brand of modern American glamour pairs well with Delta’s brand attributes, and he will be personally engaged throughout the multi-year project. His designs are favoured from the White House to the red carpet in Hollywood. Over the next few months, Posen will work with Delta employees to better understand the specialized needs of Delta’s active workforce. The prototypes will then undergo intensive wear testing to ensure functionality and fit before the final collection is produced. Consistent with Delta’s culture, employees will drive the project and be heavily involved in every phase along the way.

The new uniform program is part of a larger brand transformation and investment as Delta works to ensure its thoughtful, reliable and innovative brand attributes imbue all areas of the customer experience, including airport facilities, technology and global products and services. The new collection is expected to launch in early 2018.

Delta to Return to Dublin →