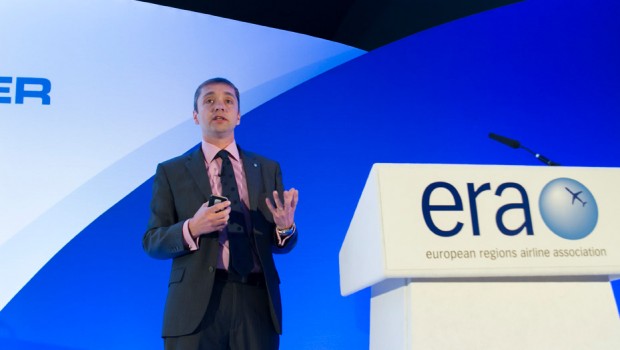 The criminalisation of air accidents is increasing, particularly within the EU, and is an alarming element of the responsibilities of directors and key post holders in air operating companies. This is according to a statement issued by the European Regions Airline Association (ERA), following its annual Regional Airline Conference held in Rome on 15th and 16th April, which was attended by a record number of Europe’s senior regional airline and support industry representatives. Over 180 senior executives including representatives from 29 airlines, along with other regional aviation experts from across the industry’s sector, discussed a number of issues that are impacting the prosperity of regional aviation in Europe.

ERA is a trade association representing the intra-European aviation industry. Its membership includes 53 airlines and over 120 associate and affiliate members who jointly cover the entire spectrum of the aviation sector – airlines, airports, manufacturers and suppliers. Irish members include Air Contractors, CityJet and Stobart Air as well as Shannon Airport and Waterford Airport. It also includes manufacturers such as ATR and Bombardier Aerospace, Embraer and Saab (see video). 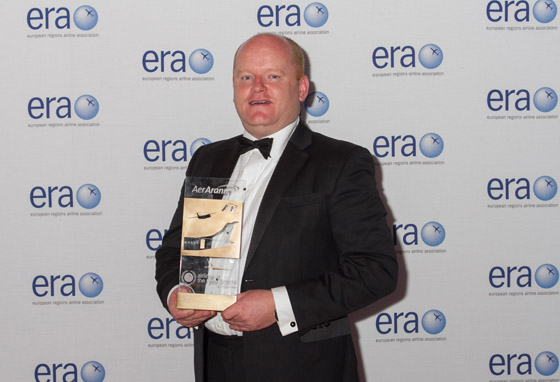 ERA has also set out its vision of the future of regional aviation in Europe. This set of operating principles focuses on ERA’s relationship with Europe’s main regulatory institutions and the association’s high-level positions on major strategic issues (see here).

The criminalisation of air accidents

In response to this worrying situation the ERA, in partnership with association member, Hill Dickinson, a leading aviation legal specialist, have updated the report ‘Personal and corporate liability and responsibility in air accidents and incidents’ that explains what these threats are and how they can be best managed in the event of a serious incident or accident.

The report (see link) looks at how to prepare for such an event and includes advice on areas including insurance, training, media strategy and conducting a parallel internal air accident investigation in case of an accident. Providing best practice guidance, it will be regularly reviewed and updated. The report looks at examples of the type of prosecutions currently taking place within Europe such as:-

Katekavia Flight 9357 – Russia, (3rd August 2010). This involved a domestic flight operating from Krasnoyarsk to Igarka in Russia. A court in Krasnoyarsk, Siberia held that the captain of the flight could have averted the accident by waiting for better weather conditions and sentenced him to 4 ½ years in prison.

Spanair Flight JK 5022 (20th August 2008). A criminal investigation was opened by the Court of Instruction Nº11 of Madrid into this incident in August 2008, and five employees of Spanair were provisionally charged with 154 counts of “imprudent homicide” and 18 of “imprudent injury”. On appeal to Madrid’s Audiencia Provincial, it was held that there was no criminal case to answer and the Audiencia Provincial held that the deceased pilots were solely to blame for the accident. The victims and claimants are at present pursuing Spanair/their civil liability insurers in separate civil proceedings.

Atlasjet Airlines Flight 4203 – Turkey, (30th November 2007). This involved an aircraft (MD-83, TC-AKM) leased by World Focus Airlines and flown on behalf of AtlasJet Airlines which crashed into a mountain on the approach to Isparta Airport. Following a criminal investigation by a Criminal Solicitor in Turkey, the general manager of World Focus Airlines, the company’s training manager, and an AtlasJet manager were sentenced to 11 years and eight months each on charges of negligent homicide. The maintenance director of World Focus Airlines received a prison sentence of 5 years and 10 months and two pilots received 2 years and 6 months each for false testimony. The former Director General of Civil Aviation and the deputy Director General each received prison terms of 1 year and 8 months after being convicted of misconduct in office. Twelve other defendants were acquitted.

Helios Airways Flight ZU522 (14th August 2005). This aircraft crashed when it failed to pressurise on take-off and the crew succumbed to hypoxia before they could take appropriate steps to rectify the situation. Two parallel criminal prosecutions for manslaughter were pursued against a number of directors and employees of Helios in both Cyprus and Greece. In Greece the criminal trial began in April 2010 against the airline’s Managing Director, Flight Operations Manager, Chief Pilot and ground engineer, who signed the technical log prior to the fatal flight. The trial in Greece concluded in June 2013. The Managing Director, Flight Operations Manager and Chief Pilot were convicted while charges against the engineer were dropped. In Cyprus the Executive Chairman of the airline and the airline itself were also defendants in the Cypriot criminal proceedings which began in 2009 but the trial in Cyprus was eventually dropped and charges against the individuals suspended.

Air France Concorde Flight 4590 (25th July 2000). The official investigation report found the likely cause to be a fallen titanium strip from the thrust reverser of the Continental Airlines DC-10 that departed moments before Concorde. In July 2008, a French Judge ordered Continental and five other individuals to stand trial on charges of involuntary manslaughter. Continental Airlines and one of its employees (a welder) were found guilty of manslaughter and unintentionally causing injury. The employee received a 15 month suspended custodial sentence; Continental was fined €200,000. In separate civil proceedings, damages of €1,000,000 were awarded to Air France and other civil claimants were also awarded various sums. In November 2012, a French appeals court in Versailles reversed its earlier ruling, clearing Continental Airlines of criminal charges in connection with the crash. The court also dropped charges against two employees of Continental, which merged with UAL Corp., the parent company of United Airlines. A manager of the French civil-aviation authority, DGAC, was also cleared. The appeals court however also concluded that Continental had some responsibility and upheld an earlier ruling in the civil suit against Continental in favour of Air France.

The report emphasised that such prosecutions are not limited and gave some limited examples including the 1996 Valujet crash and a collision involving a Gol 737-800 and Embraer Legacy in Brazil in 2006. 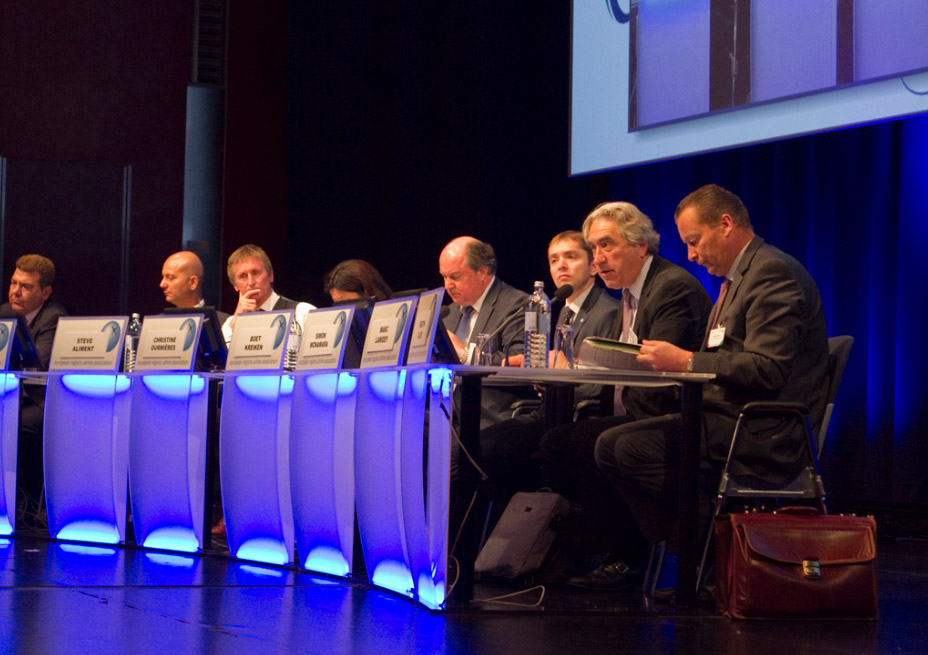 ERA AGM, Members of the Board

These Groups provide ERA members with motivated and informative meetings focussing on industry affairs, air safety, operations and finance as well as an online group dealing with maintenance issues. These meetings provide ERA member representatives with opportunities to influence and steer the policy and technical activities of the association with high profile government authorities and industry leaders including the European Commission, European Parliament, European Aviation Safety Agency, Eurocontrol and the European Civil Aviation Conference. In March of this year, the first 2015 meeting of the ERA Industry Affairs Group, was jointly hosted by ASL and Air Contractors. The meeting took place over two days in ASL’s Corporate Office in Swords, County Dublin and was attended by 11 European airlines as well as airport representatives from Shannon and Rotterdam. Aircraft manufacturers and other aviation services providers were also represented at the meeting which was opened by Colin Grant, Chief Executive of Air Contractors. Speakers at the meeting included Sabine Hornig, International Air Transport Association (IATA), Patricia Barton, Commission for Aviation Regulation (CAR), Ethna Brogan, Department of Transport, Ireland and Deirdre Clune, MEP, Member of the Committee on Transport and Tourism of the European Parliament. As noted above Air Contractors is a member of ERA as are all ASL companies, Farnair (Switzerland) and ACLAS Global (United Kingdom). Check out investigationhotline to consult with specialists that offer free of charge in-office or telephonic consultation to deal with all kinds of criminal cases