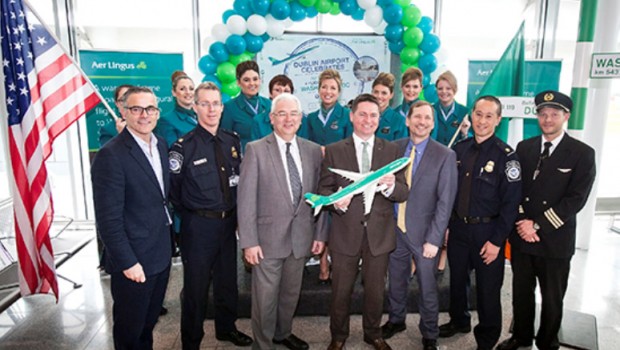 On 1st May Aer Lingus commenced service on the Dublin – Washington route with Airbus A330-200, EI-LAX operating the inaugural EI119/EI118 rotation. With a scheduled departure time of 12:45 local and an arrival time in Washington of 14:35, the service has a scheduled flying time of 7 hours 50 minutes. The inaugural service left with great fanfare, which delayed both the departure (13:21) and the arrival (15:19) times somewhat but the aircraft completed the journey in a flying time of just under 7 hours (see video here).

EI-LAX, positioned to Bordeaux for maintenance on the afternoon of 14th February as the EI993 where she was reconfigured to 24 flat bed business and 243 economy seats. The aircraft returned to Dublin as the EI2505 on the afternoon of 17th March. These new lie flat sleeper seats have a 58” (1,473 mm) seat pitch and a 21” (533 mm) width. The seats, the original Thompson Aero Vantage design, have been customised to offer Aer Lingus’ passengers extra storage, and finish and trim that harmonises with the current passenger experience in a project overseen by Factorydesign, utilizing fabrics from Botany Weavers in Dublin. For videos of the business class cabin see here and for Thompson Aero seats see here.

The four times weekly service (Monday, Wednesday, Friday and Sunday) is the airline’s ninth transatlantic route from Dublin Airport which will operate from May until October and it brings to 11 the overall number of destinations from Dublin Airport to the US this summer. This new service coupled with additional capacity on a number of transatlantic routes, will deliver an 18% increase in services to North America this summer, which is equivalent to 300,000 extra seats. During the peak summer months ten airlines will operate 328 flights each week to 15 North American destinations.

Welcoming the new route Dublin Airport Managing Director, Vincent Harrison said he was particularly pleased to see Aer Lingus operating a Washington service once again (although the last one was to Baltimore). “We are delighted that Aer Lingus has started services to Washington giving both business and leisure passengers’ greater choice and flexibility between Dublin and the US this summer. 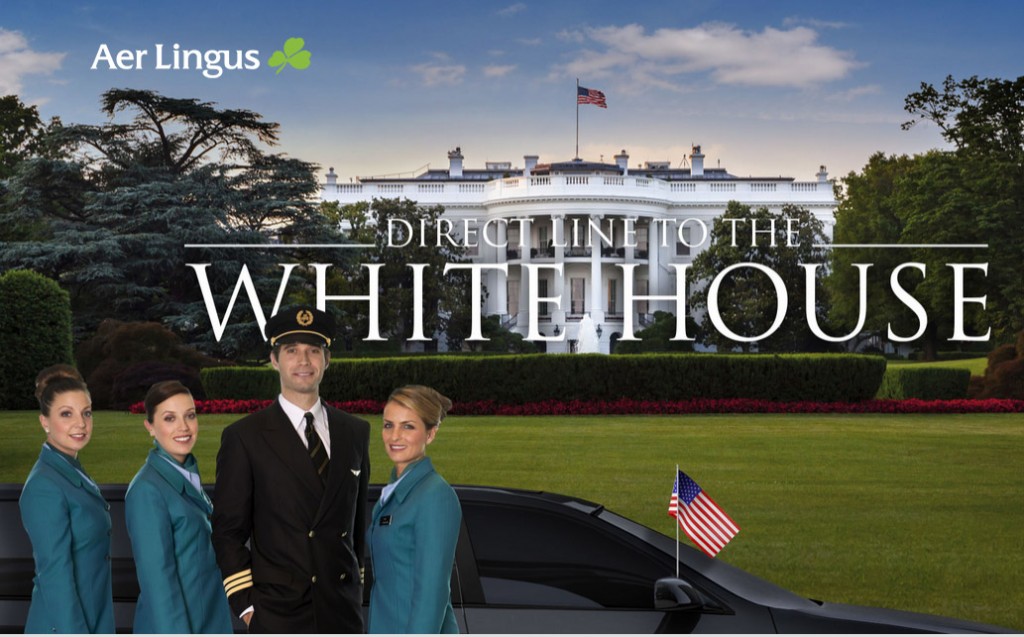 “We have been working closely with Aer Lingus to grow transfer passengers from Britain and Continental Europe into the US and this is becoming a significant business for Dublin Airport. US pre-clearance facilities at Dublin Airport means that passengers have a much smoother entry into the States making onward connections and travel easier,” Mr Harrison added.

Stephen Kavanagh, Chief Executive, Aer Lingus said, “We continue to grow our transatlantic business with the introduction of our direct service to Washington. The success of our customer proposition and the development of Dublin as a hub between Europe and North America will see us operate 24 daily departures across the Atlantic this summer. This together with our extensive European network offers seamless travel options from our nine U.S. gateways to connections throughout North America and beyond, reinforcing our new brand strategy ‘Smart flies Aer Lingus’.”