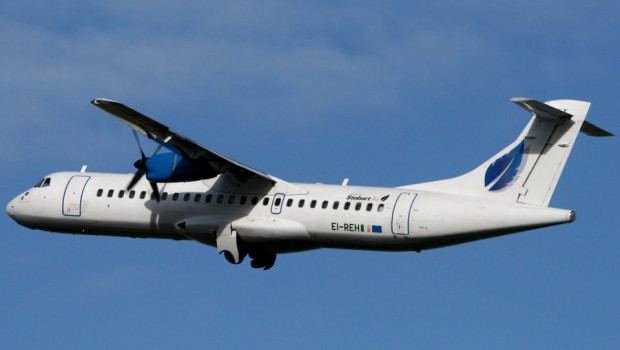 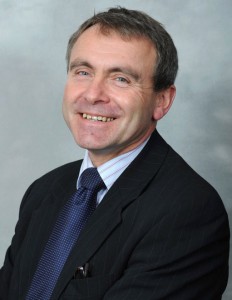 On 27th March, the UK’s Aviation Minister Robert Goodwill, (or to give him his correct title, the Parliamentary Under-Secretary for Transport), announced further details of a start-up aid fund to back greater connectivity and support smaller airports across the UK. His Department published details of the 19 bids it had received during the initial application stage for funding from the Regional Air Connectivity Fund. The fund is now being expanded to support new international and domestic regional air routes in a bidding process for start-up aid. The funding is available for new routes for regional airports which handle fewer than five million passengers a year. Smaller airports can now play a vital role improving connectivity and increasing trade and helping create new jobs in the UK regions.

The announcement of those routes which have passed the initial application stage had been delayed to allow the Department for Transport (DfT) more time to consider the relevant evidence before determining whether the route meets the European Commission guidelines. An announcement of a short-list of routes that have met the criteria of the initial application stage will now be made in early May. This also allows for representations to be made of any concerns regarding the proposed routes by 10th May. Those routes that are successful at this stage will then move forward to the strategic and economic appraisal stage, with successful bids being announced in July 2015.

The Regional Air Connectivity Fund has a total of £56 million (€76.1 million approx) available to cover three years of financial support for start-up aid. 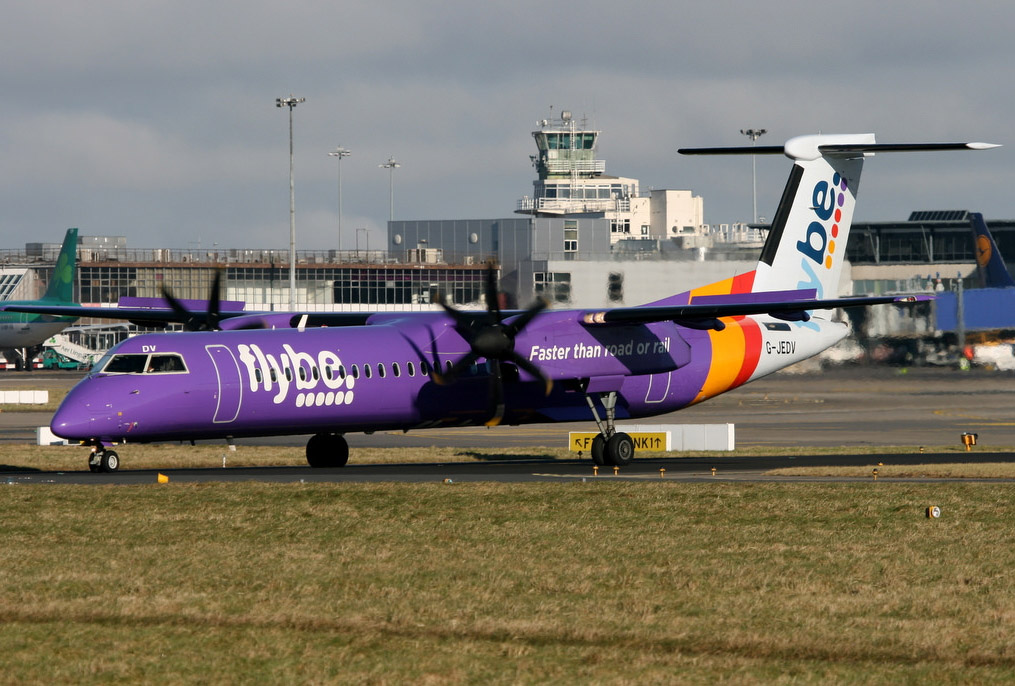 Funding is available to cover up to 50% of airport aeronautical charges, or where funding is provided based on passenger number flown, funding can only be provided to cover either the targeted load factor for the route to be sustainable or 75% load factor (whichever is the smaller amount). Payment will be made quarterly in arrears to the airlines, upon receipt of suitable evidence that the agreed service levels were delivered and passenger load factors. A review will be undertaken between the DfT /airline / airport halfway through the funding period. This review will determine whether the passenger and revenue forecasts provided in the tender process have been met and whether the route will still be commercially viable at the end of the funding period. If the review determines that the service has not been supplied as agreed or that the route is now unlikely to be commercially viable at the end of the funding period, the aid may be terminated.

In the UK’s 2014 Budget, the Chancellor of the Exchequer announced a £20 million (€27.2 million approx) per annum fund to support public service obligation (PSO) routes and start-up aid for new routes from regional airports, which handle fewer than five million passengers per year, providing this meets new European Community aviation State aid guidelines for airports and airlines. The Regional Air Connectivity Fund was originally launched in June 2013 and has already supported strategic routes one from Newquay to Gatwick, the other from Dundee to Stansted.

The DfT then submitted its ‘Draft Protocol for UK start-up aid for airports handling fewer than three million passengers per annum’ for clearance, after which the UK Government would be able to awarded start-up aid to an airline that complies with the protocol, without further notification to the EC. The EC guidelines also allow for start-up aid to be provided for air routes between 3- 5 million passengers per annum, but only in “duly substantiated exceptional cases”, which need to be individually notified to the EC. Only on receiving that clearance can funding be made available. While the EC guidelines make it clear than any payment for start-up aid can only be made to the airline, all bids for funding under this scheme were required to come from a consortium, (to be known as the ’route promoter’), made up of at least:

However, any payment for start-up aid will only be made to the airline.

In addition to the 19 new routes published for possible support, a further 21 UK Public Service Obligations (PSO) routes, were also receiving support as of December 2014. These are listed below. while a full list of routes supported under the European Commission regulations on the operation of air services in the Community can be found here. 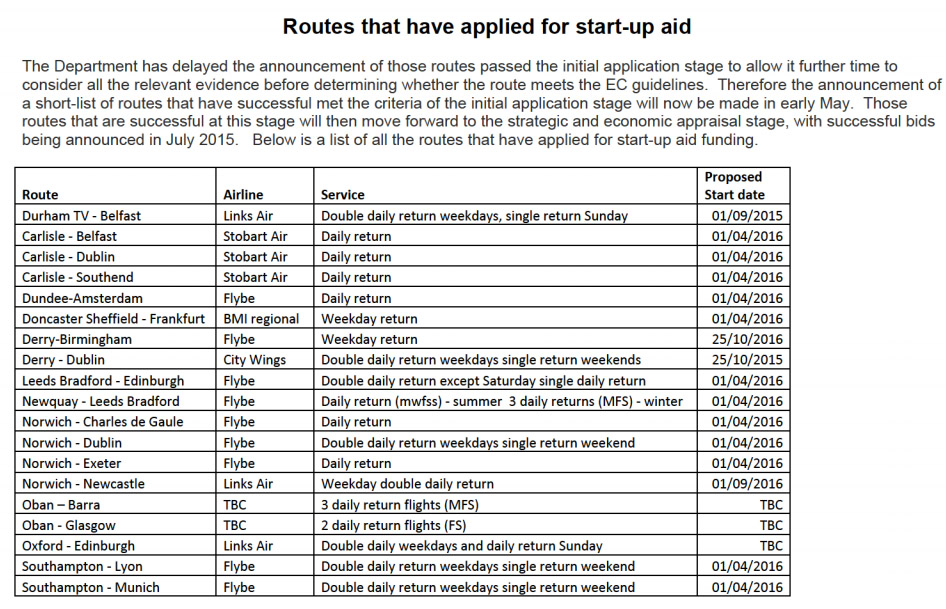 There has been a lot of comment in various media as to whether this new initiative is a stunt, particularly in a UK election year. Many point to the present UK Government’s aviation policy, particularly in its policies to the regions and its stance on Air Passenger Duty (APD). APD has been described as a disaster for UK aviation, tourism and the hospitality industries, particularly in the regions, which makes the industry completely uncompetitive in European terms.

Looking at the list of the 19 routes, it’s hard to see many that would be moved from loss to profit by a 50% discount on landing fees. Particularly where there is a passenger services charge at one end of the route not to mention the dreaded APD to be applied on both legs of every journey in the UK. Of particular note is Flybe’s suggested re-launch of the Norwich Dublin route, a route that had a chequered history to say the least. Equally odd is Dublin – Derry with Citywing (a trading name of Citywing Aviation Services Limited), given that airline’s status as an Isle of Man-based company that sells seats on scheduled air flights operated under charter from Van Air Europe, rather than an airline in its own right. Nearly half of the routes proposed will be flown by Flybe, another indication of that company’s random approach to scheduling, while Stobart has managed to partner with two airports that its parent owns. Some of the frequencies, never mind the choice of routes, are also debatable, so it remains to be seen what impact they will have on the UK aviation economy. Nevertheless, the scheme could have obvious benefits in an Irish context given that most of our airports are below the three million passenger threshold and that our present PSO routes are limited to intra island routes. So the jury is still out, but we’ll leave the final word to Minister Goodwill who said: “The range and ambition of the bids shows how smaller airports can transform their local areas with new connections and trade links. This announcement builds on the government’s commitment to ensuring smaller airports grow, boosting both local and national economies”, we can only hope that he is proved right.