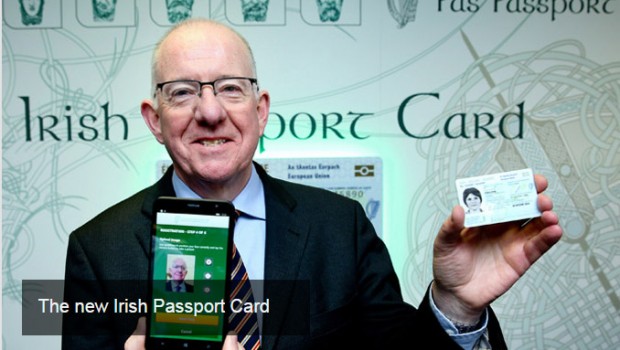 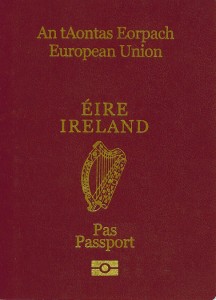 One of the most annoying things about travelling from Ireland to the UK with Ryanair in the past was their insistence that you produce a passport at check in for travel, a rule Aer Lingus never had. Aer Lingus always allowed you to travel to the UK – provided that you were either citizens of Ireland or the UK – with a range of official photo identification including a passport, but also a Driver’s licence with photo, an International student card, a National ID card / Government issued photo ID cards, Health Insurance cards with photo / Social security cards with photo, a Bus pass with photo or a Work ID with photo. In addition, Aer Lingus does not require citizens of Ireland and the UK under the age of 16 do not need a photo ID if travelling with their parent/guardian. However they do recommend that they carry some form of identification (e.g. birth certificate, bus pass or student card) in case this is requested by the immigration authorities at entry.

Fortunately, as part of their new customer friendly focus Ryanair and website, now allows any photo ID which matches the passenger name in the booking to be used on UK domestic flights. Like Aer Lingus it does allow children, under 16 years of age (travelling with an adult), on UK domestic flights, to travel without photo identification. However Ryanair is still more restrictive on Ireland – UK flights, allowing only a Valid Passport, while CityJet also allows Drivers licence with photograph or National ID card / Government issued photo ID cards. As these conditions may change from time to time, travellers should check their particular airlines terms and conditions.

Now the Department of Foreign Affairs and Trade are providing another option in the form of a new credit-card sized passport card, valid for travel within the EU and the European Economic Area. The economic area includes the EU countries, Iceland, Norway and Liechtenstein. Switzerland although it has signed the agreement, has not yet ratified its membership. The card was launched in January and will be available from mid-July. The Department say that the new card will be useful for those who don’t want to carry the older style passport booklet.

The card is a pioneering initiative of the Department’s Passport Service and it is the first of its kind in the world. It will be available to all Irish citizens over 18 years who hold a valid Irish Passport. The new card will have a maximum validity of five years (or the remaining validity of an individual’s passport book) and will cost €35 (plus a credit card transaction cost). Additional delivery cost outside Ireland will cost approx €5. Applications for the Passport Card can be made through a smart phone app or online. Those using the app will be able to take a photograph on their phone, and the app will confirm that the photograph meets the international standards for passport photographs.

The security features of the card have incorporated the advice of security experts including An Garda Síochána. One innovative feature of note is the embedded hologram photo on a strip on the reverse of the card. This is the first occasion on which this security feature will be used on travel documents.

Commenting on the new card, Minster for Foreign Affairs and Trade Charles Flanagan said: “the new card will be particularly useful for frequent travellers as it will allow people to travel within Europe while their passport book is with an embassy as part of a visa application process. The new card will also provide a useful backup travel document within Europe in the event that someone loses their passport while travelling”.

“The card and app are further examples of the innovative approach of Ireland’s Passport Service, which is focused on providing a first-class service to Irish citizens. Recent innovations include the introduction of a new Passport Book; Passport Express, which aims to provide a turnaround time of 10 working days and an appointment service for those needing to travel urgently” he added.

The Department of Foreign Affairs and Trade also launched a new Top Ten Travel Tips leaflet at the Holiday World show. The leaflet contains tips for those travelling abroad including taking out travel insurance and registering their details on www.dfa.ie before they travel.