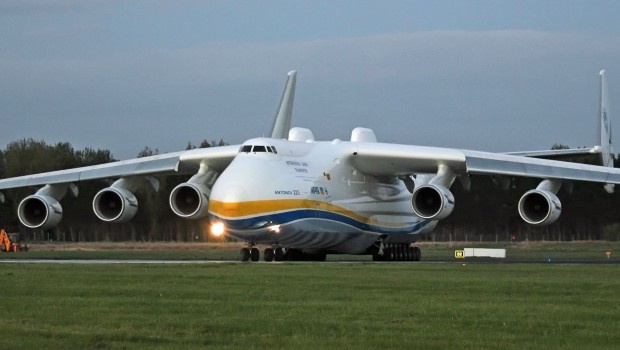 The aircraft, the only one of its type in service, last visited Shannon on 21st May 2013. The An-225’s name, Mriya means “Dream” in Ukrainian. It’s powered by six turbofan engines and is the longest and heaviest airplane ever built, with a maximum takeoff weight of 640 tonnes. It also has the largest wingspan of any aircraft in operational service. The single example built has the Ukrainian civil registration UR-82060. A second airframe was partially built; its completion was halted because of lack of funding and interest.

The Antonov An-225, initially developed for the task of transporting the Buran spaceplane, was an enlargement of the successful Antonov An-124. The first and only An-225 was completed in 1988. After successfully fulfilling its Soviet military missions, it was mothballed for eight years. It was then refurbished and re-introduced, and is in commercial operation with Antonov Airlines carrying oversized payloads. The aircraft holds the absolute world records for an airlifted single item payload of 189,980 kilograms, and an airlifted total payload of 253,820 kilograms. It has also transported a payload of 247,000 kilograms on a commercial flight.

Here is a selection of photos from its last visit to Shannon. Click to enlarge. 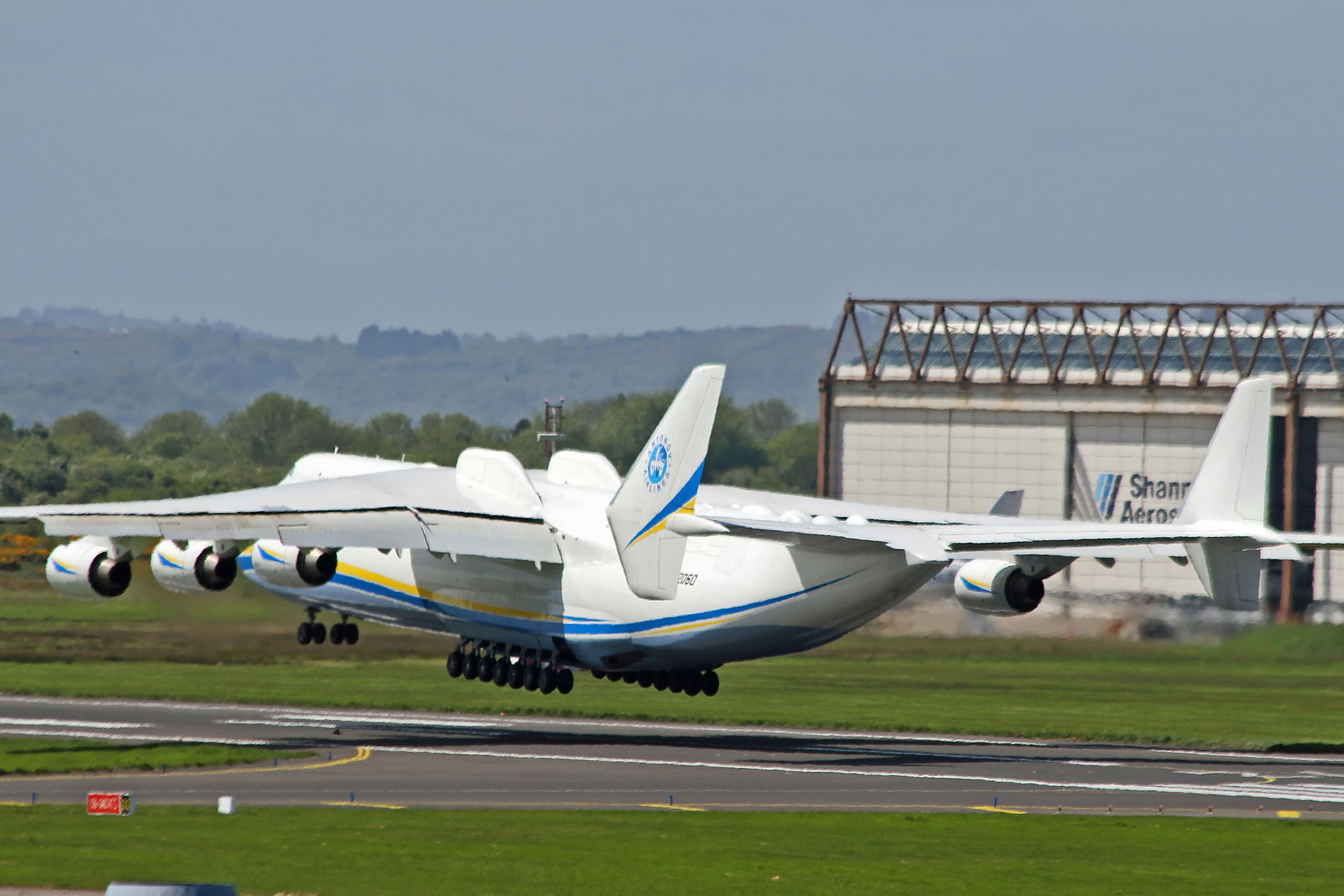 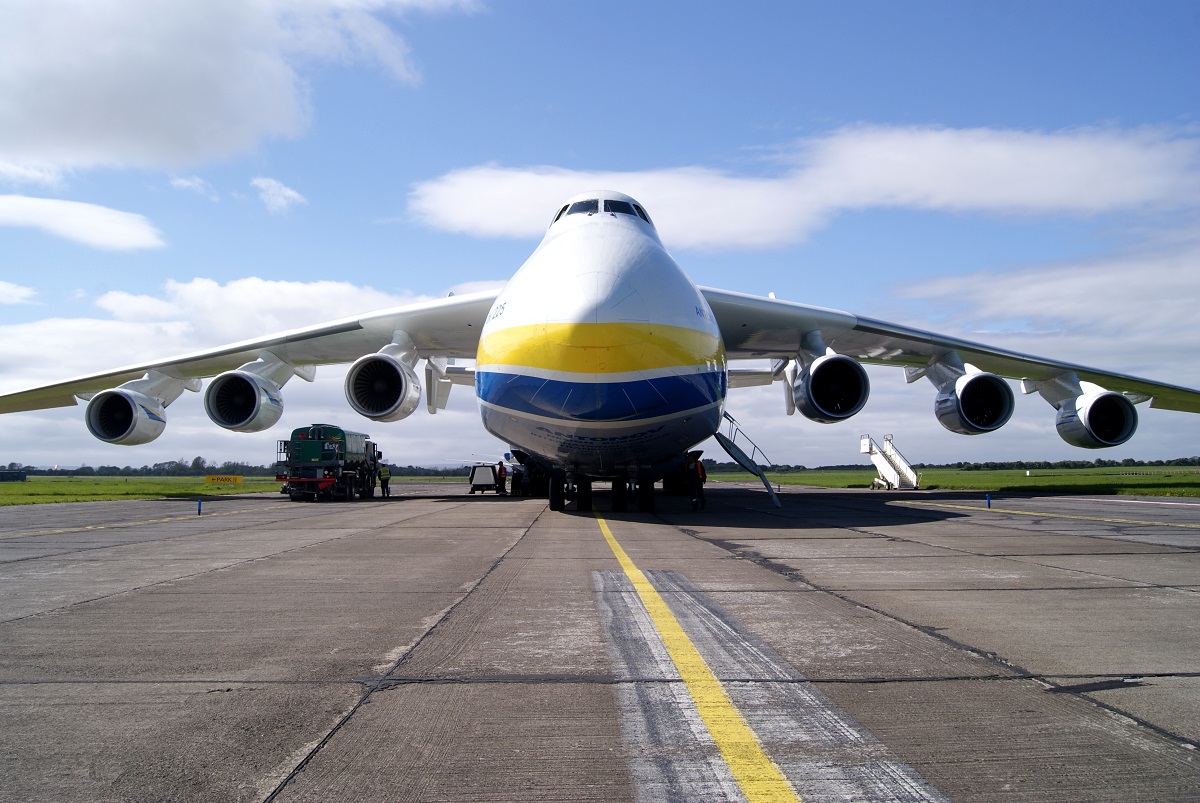 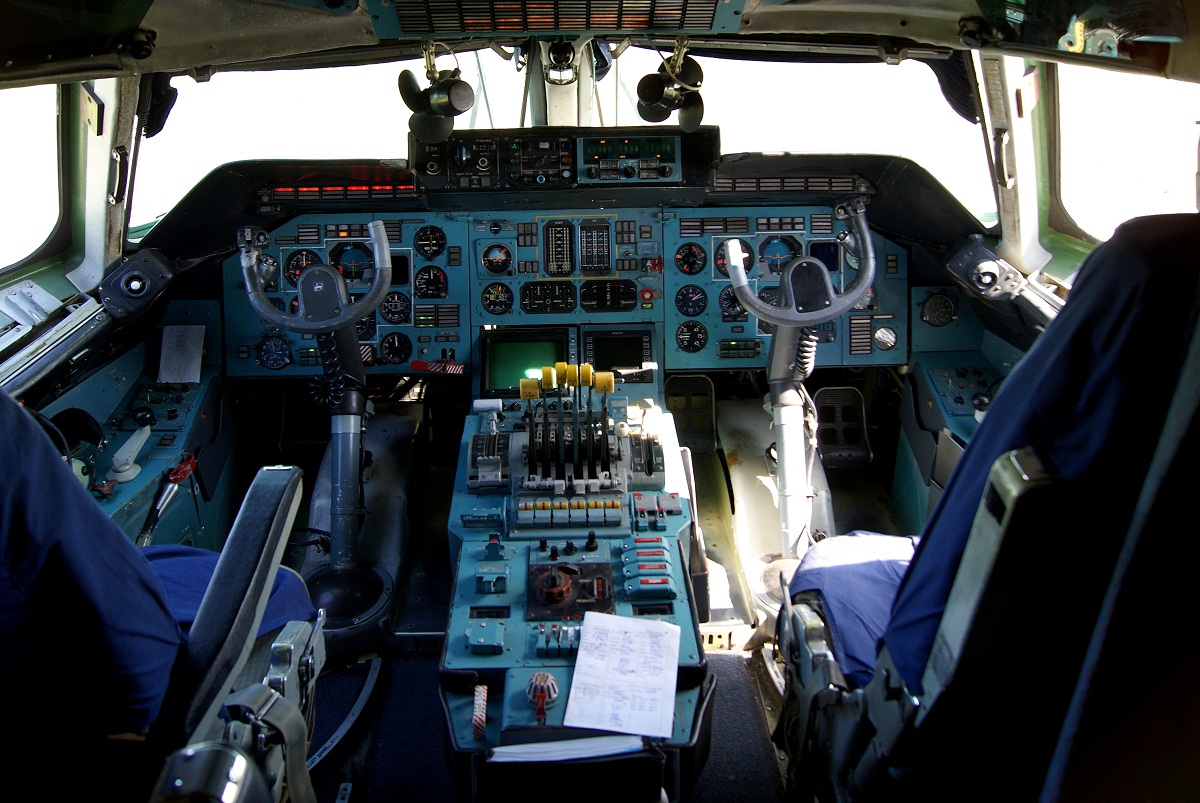 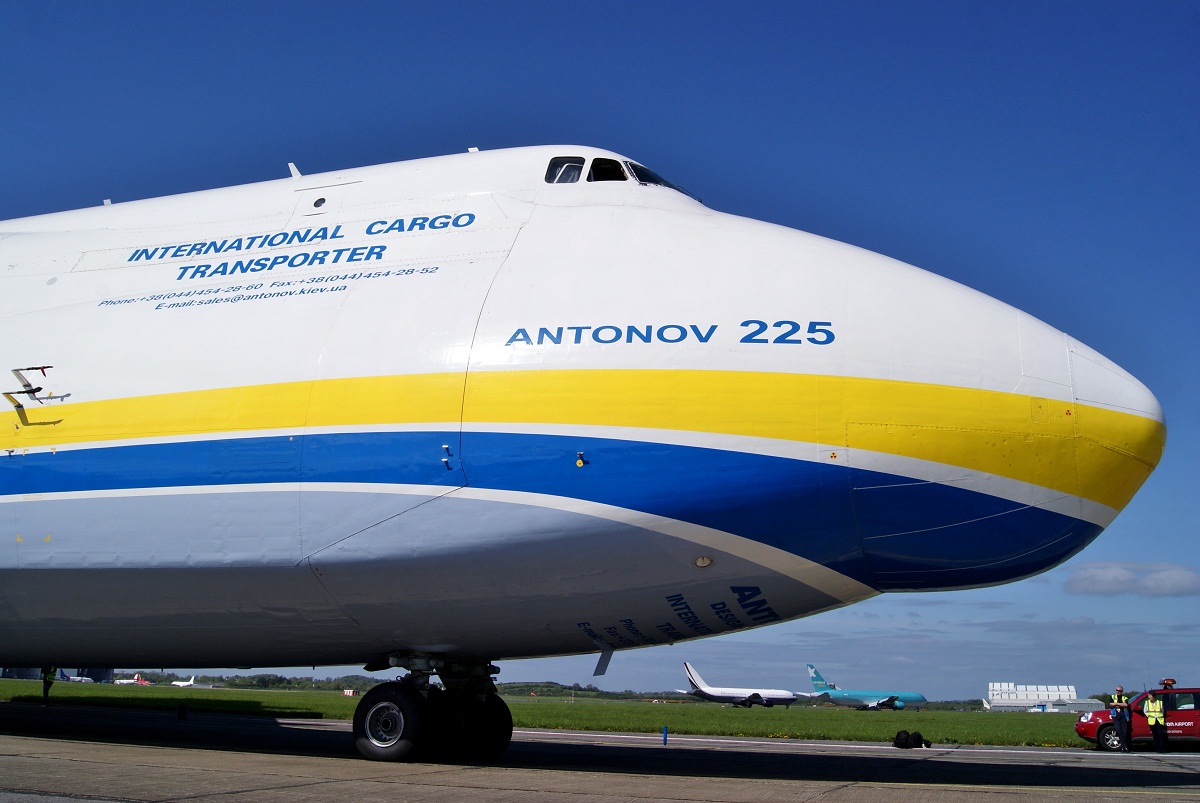 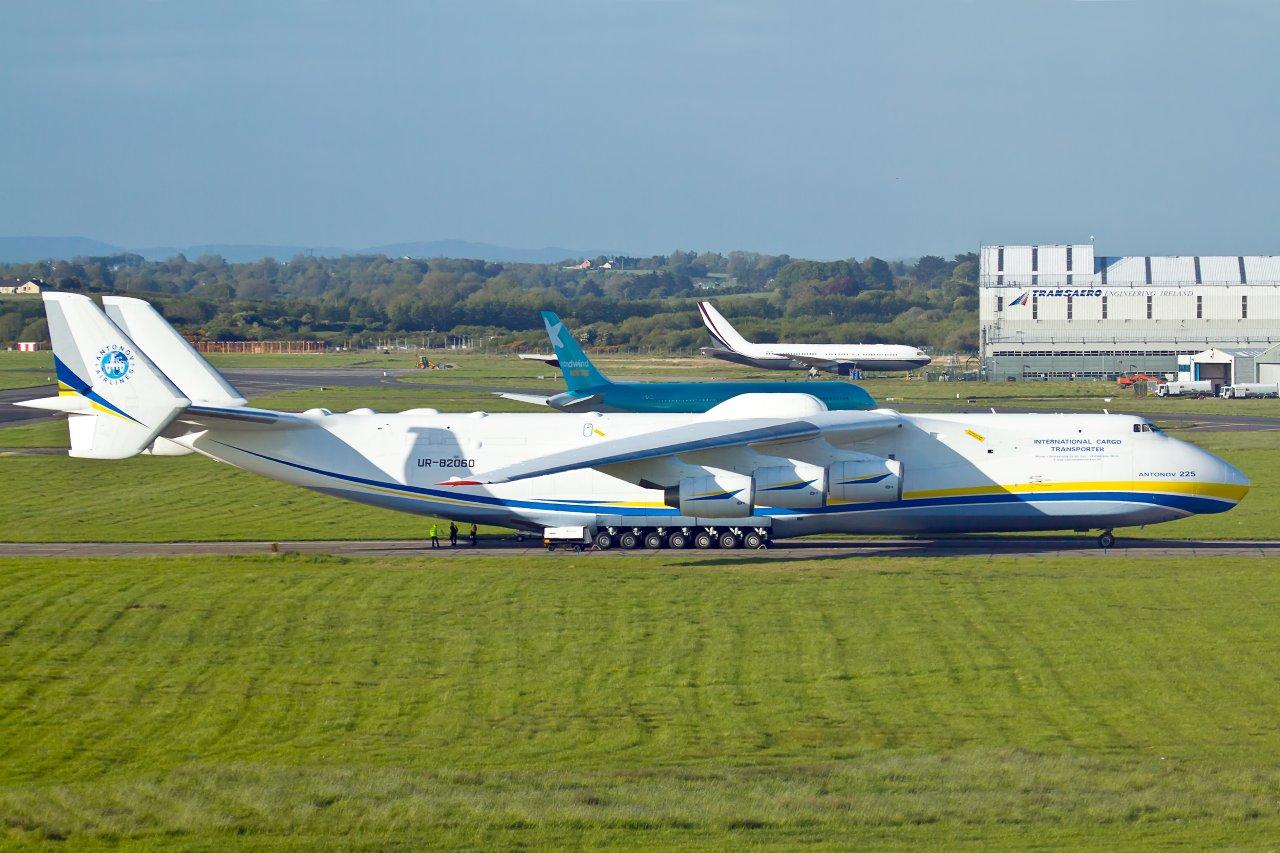 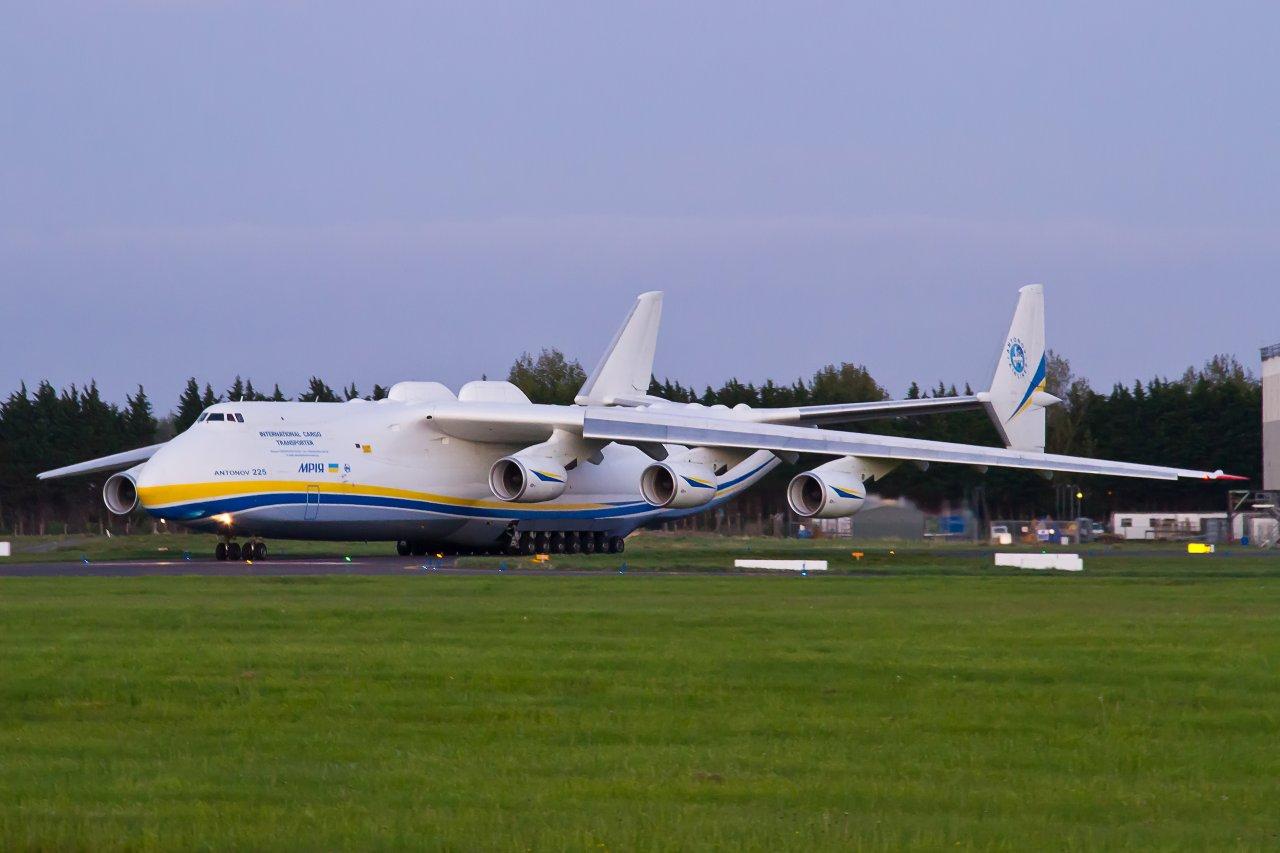