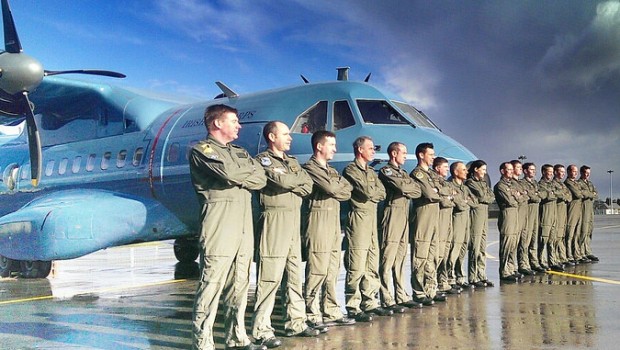 On 25th March the Air Corps welcomed some aviation photographers to Casement Aerodrome to capture some of their aircraft fleet at night. Despite the poor weather, many managed by the use of all of their photographic skill to produce some magical shots of the Air Corps fleet. This was the third and biggest such gathering and the success of the event can be put down to the dedication and commitment of one man, Captain Brendan O’Dowd, Air Corps Press & Information Officer. This is in no way to demean the role of the pilots, ground crews, marshals, air traffic controllers and the many others who made the night possible. However, very few people who were due to change careers in a matter of days would have thrown himself with such enthusiasm and energy to not only promote and enhance the profile of the Air Corps, but also to provide such a unique opportunity within a military environment to what is essentially the hobby of civilian photographers. However that is Brendan O’Dowd; always available to the media and a particular a good friend of Flying in Ireland, as well as to the numerous enthusiasts both domestic and foreign, members of the public, and young people who he facilitated over his term of office. 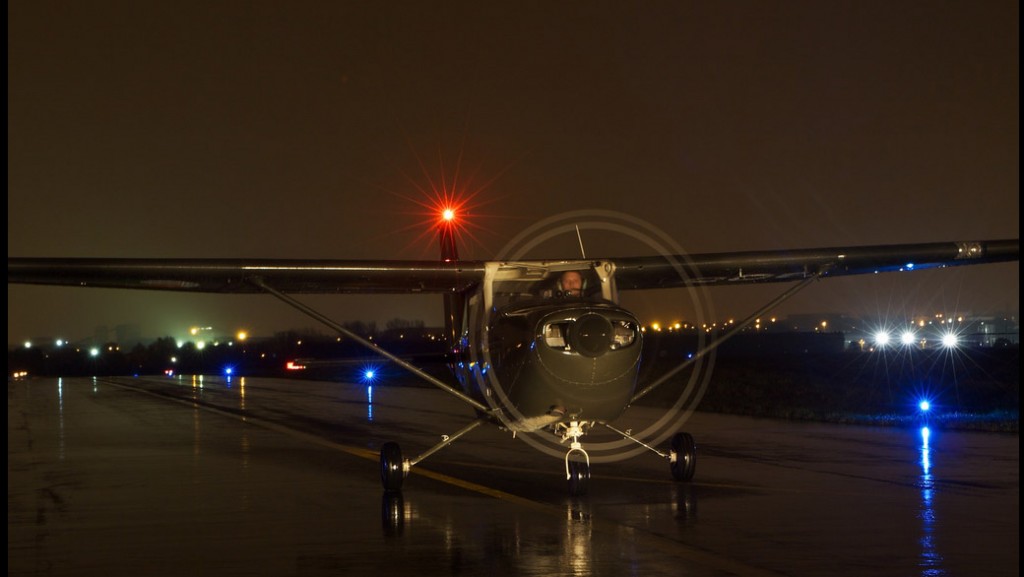 Brendan began is carrier in the Military College, Defence Forces Training Centre as part of the 75th Army Cadet Class in 1998 receiving his presidential commission after the completion of Officer Training in 1999. On the 10th November 2000, he received his military pilot’s wings and Presidential Commission as part of the 19th Air Corps Cadet Class and completed his civilian Commercial Pilots Licence (with ATPL knowledge) in 2001. Like most Air Corps pilots he cut his teeth on the ubiquitous Cessna 172 before being assigned to the Garda Air Support Unit (GASU) in October 2003 where he spent 2½ years as pilot in command of the BN2T–4S Islander. He then spent a year as Base Adjutant from March 2006, essentially the Administration Manager for personnel within No. 5 Support Wing, including Station administration, Station Logistics, Transport Squadron, Medical Squadron, Air Traffic Control, Maintenance, Engineers and Airfield Fire crew. 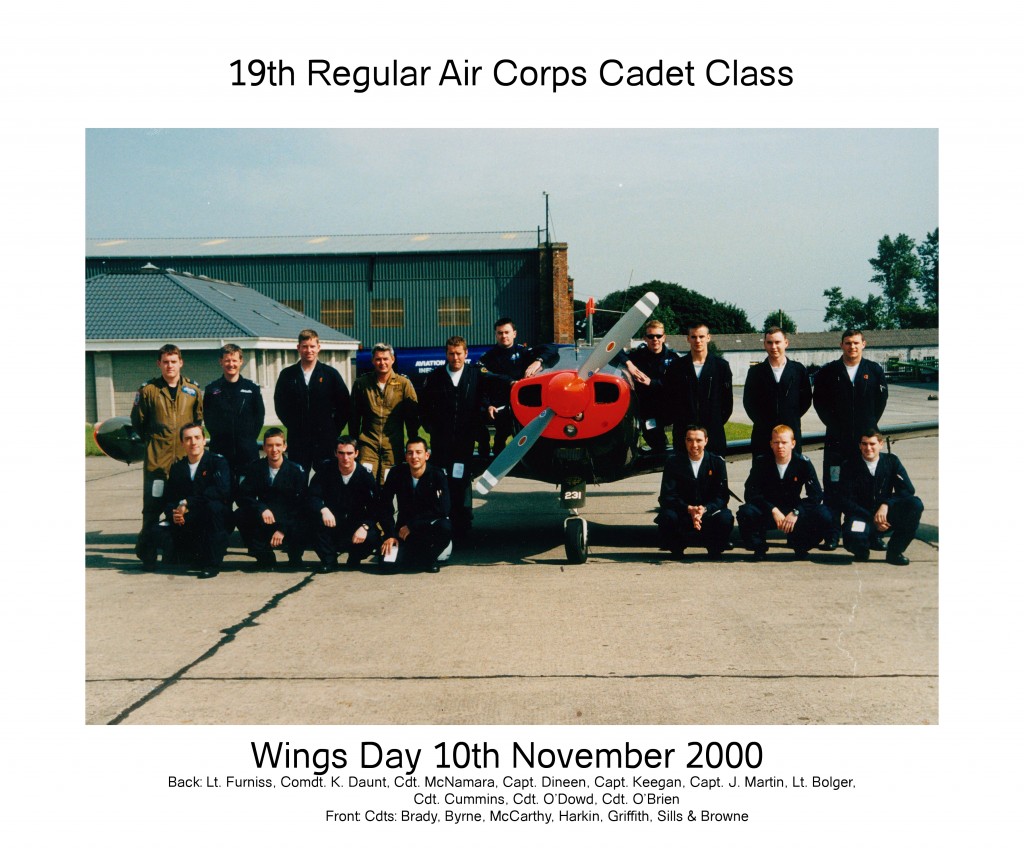 In September 2009, he undertook a six month overseas tour of duty as Assistant Operations Officer with United Nations mission to Chad (MINURCAT), where among other duties, he was responsible for organising several real life medical evacuations. In 2011 he successfully completed an Honours Degree in Journalism with the Dublin Business School and took up the first of his two tours of duty as Air Corps’ Press & Information Officer (2011 – 2012), where he worked in close conjunction with the Defence Forces Press Office and instructed on two Defence Forces Press and Information courses. During that period, he greatly expanded the profile of the Air Corps, particularly through social media and produced a video (Who are the Irish Air Corps). 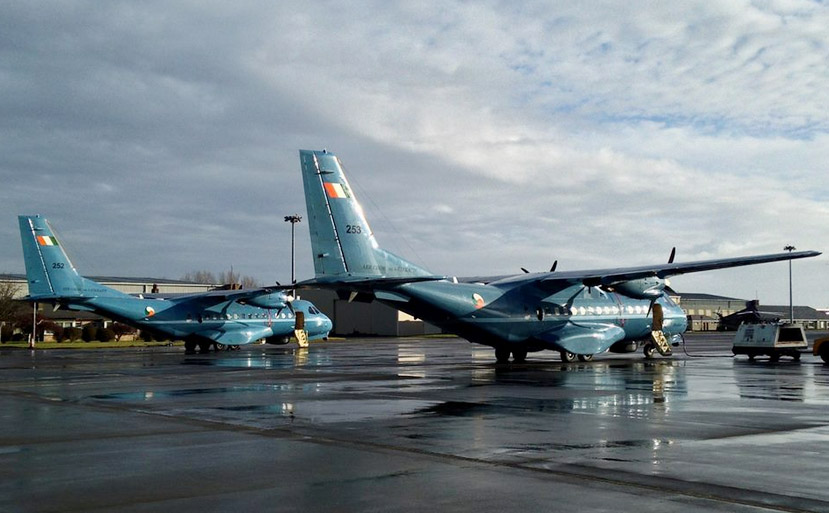 On the flying front, he had meanwhile progressed to the CASA CN 235 turboprop maritime surveillance aircraft and subsequently became a Captain on the type with 3000+ hours and experience in search and rescue, parachuting operations and air transport (see video). He was also heavily involved in all aspect of running the Maritime Squadron including organising operations, maintenance planning, pilot training, organising and manning operational rosters, and squadron administrative roles. In August 2013 he returned to the Press Office but continued to fly both on the air ambulance roster and on the Air Corps Duty Officer roster, which are manned 24/7/365 and to operate on the maritime patrol roster, where he was available 7 days a week.

Brendan served as Flight Safety Officer for fixed wing operations in the Irish Air Corps, responsible for monitoring air/ground operations, implementing safety recommendations and investigating flight safety incidents at the Unit level, as well as working closely with and reporting to the Air Corps Flight Safety Section. He leaves the Air Corps after 17 years with a wealth of experience which should serve in well in the civil aviation sector, where like many of his colleagues has chosen to make a new career. We wish him well and thank him for all his help and support to both the author and the entire team at Flying in Ireland.