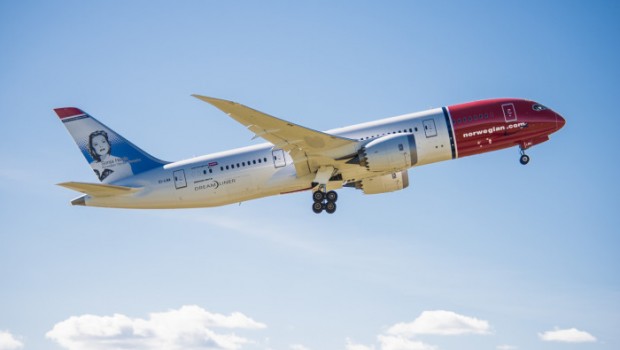 Norwegian’s CEO Bjørn Kjos has call on the U.S. Department of Transportation (DOT) to once and for all approve its application for a foreign air carrier permit for the company’s Irish subsidiary Norwegian Air International (NAI) in a speech in Washington D.C. “We are doing exactly what the Obama administration wants: create American jobs, bring tourists to the United States and offer Americans cheap flights. The transatlantic market has far too long been dominated by alliances that have been allowed to rule the market with high prices and limited choice,” he said. Norwegian has two bases in the U.S. It employs 300 cabin crew members in Fort Lauderdale and New York, and is currently recruiting American pilots at its New York pilot base. He was speaking as the European Commission said that the United States has violated the 2007 open-skies agreement by taking too long to grant its required license. Separately, Norwegian (short-haul) has decided to lay off about 50 pilots from bases in Spain, England and Finland citing seasonal factors. The pilots are employed through the company ARPI. Earlier this summer, pilots were encouraged to apply for extra holidays, but too few did this so layoffs were inevitable, the airline said. The low season extends from December to April, and the first pilots were laid off by 1st December. Norwegian Air Shuttle ASA has successfully completed a new secured bond issue of NOK 225 million (€26.68 million) with maturity date in November 2017. The settlement date for the loan is expected to be 21st November. The net proceeds from the new bond issue will be used to finance the construction of the airline’s new hangar, located at Gardermoen. Due to its continued presence in the capital market, the company has chosen a bond issue instead of a traditional secured bank loan. The bond issue is secured by the relevant hangar.