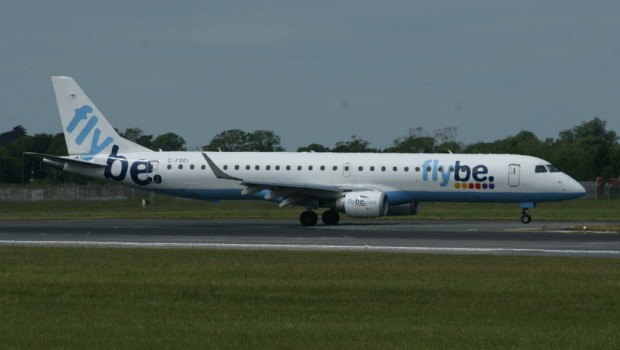 Flybe and SAS have signed a six-year agreement for Flybe to operate four new ATR 72-600 aircraft on a number of SAS’ short-haul routes from Stockholm Arlanda, such as Visby, Kalmar and Turku. The agreement announced in late November covers the provision of flight and cabin crew as well as maintenance, with the first two aircraft to be deployed in October 2015 in SAS livery. The additional two aircraft will be deployed by March 2016, with the agreement also allowing for an additional four aircraft to enter service “as required”. The aircraft are presumably sourced by SAS, likely from a leasing company

In route news, Flybe announced a range of new or improved services to George Best Belfast City airport from 2nd February 2015. On 26th November it said it would add an additional winter weekend flight from London City, offering a choice of four flights a day due to strong customer demand. It is also increasing the number of winter weekday flights it operates from Glasgow to five a day with a new service to Liverpool John Lennon Airport which will be operated three times per day, Monday to Friday and one departure on Saturdays and Sundays. Flybe has also secured another codeshare agreement, this time with Hong Kong-based airline Cathay Pacific. With effect from 8th December, Flybe customers in Aberdeen, Belfast, Edinburgh, Exeter, Inverness, the Isle of Man and Southampton are able to use a single ticket to fly from their local airport to Hong Kong via seamless connection through Manchester Airport onto Cathay Pacific’s new four times a week direct flight from Manchester to Hong Kong. Flybe has also announced a four times per week Bournemouth-Dublin summer peak service which will operate from 18th May to 2nd September 2015.