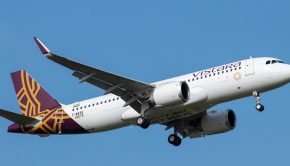 2020 ended with domestic air travel around 60% of 2019 levels and international at a dismal 12%, resulting in around

A subsidiary of Norwegian Airlines has been wound up in the Irish High Court. An examiner was appointed last month

Dublin based aircraft lessor Avolon posted a $41 million loss against third quarter lease revenue of US$504 million. During the

Dublin based aircraft lessor Avolon has published its Q1 results for 2020. Profit for the quarter was slightly down on

The Avolon Graduate Programme is open for its 2020 intake. Take a look at the video below to meet this

Dublin based Avolon, the international aircraft leasing company, reported record annual profits after tax of US$717 million for 2018. Other