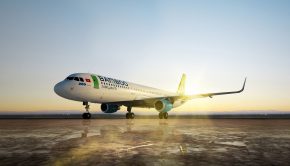 GECAS has delivered an Airbus A321neo to Vietnam based Bamboo Airlines. The aircraft is their eight Airbus A321 family and

Dublin based aircraft leasing company, Avolon, has confirmed up an order for 100 single-aisle Airbus aircraft. The deal is reported