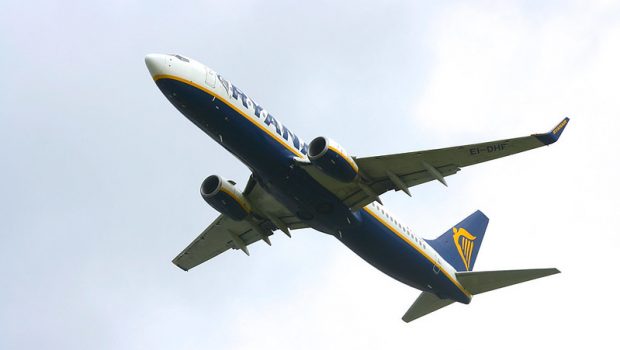 Ryanair has announced four additional routes for its return to Belfast International Airport for Summer 2023. The return to Belfast International will consist of 16 total routes including these four newly announced routes to Budapest, Cardiff, Mallorca, and Valencia. Ryanair will operate over 140 weekly flights to/from Belfast International with two based aircraft from the beginning of the next summer season, driving invaluable inbound tourism to Belfast and offering its Northern Ireland customers a better choice and lower fares. Ryanair has driven the post-pandemic recovery of tourism across Europe, proving to be the most reliable airline in the UK with the fewest number of cancellations over a difficult summer 2022 with ATC strikes and staff shortages across the industry. If the UK is to continue its recovery the Government needs to show support for growth by scrapping the aviation tax (APD) entirely for all flights. Whilst a benefit to domestic travel, a 50% cut on domestic flights only from next April is not enough. With 16 total routes to choose from for the Summer of 2023, Belfast International will have a greater choice when they plan ahead and book a getaway.

Commenting on the new routes, Ryanair’s Director of Digital & Marketing, Dara Brady said “We are pleased to announce four additional routes at our new base at Belfast International for Summer’23 to the exciting destinations of Budapest, Cardiff, Mallorca, and Valencia. We will operate 16 total routes and two based aircraft representing an investment of $200m and the creation of over 800 direct/indirect jobs at Belfast International. To encourage additional investment from all airlines from next Summer onward, the UK Government must immediately scrap ADP taxes for all flights, which currently put the UK at risk of losing air traffic to competing for European countries.”

Also commenting was the Managing Director of Belfast International Airport, Graham Keddie who said, “The addition of a further four new routes by Ryanair is a fantastic way to end 2022.  These exciting new destinations, particularly Budapest and Cardiff, which are both previously unserved, are most welcome and will provide further connectivity from Northern Ireland.  From March 2023 Ryanair will now operate 16 new routes and base two aircraft providing a real boost to the local tourism and business economy.”