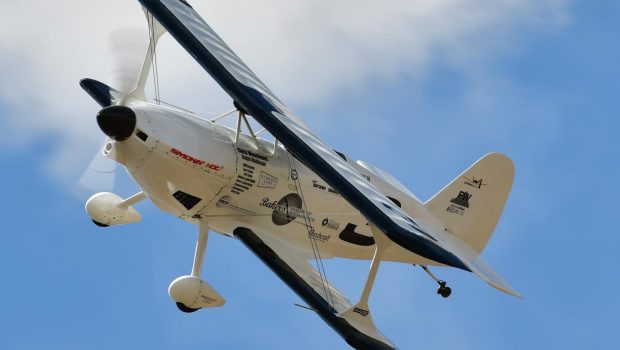 Sam, who hails from Nashville Tennessee, is a regular visitor to Shannon as a pilot with United Airways on their Shannon Newark service.  He is now a Captain on their regional Boeing 737. Sam became a member of Limerick Flying Club several years ago and even has an IAA-issued PPL. On his regular stopovers at Shannon, Sam could be seen actively involved in all club activities.

He has raced at Reno for several years and recently upgraded to a Pitts S-1S with considerable racing modifications. These are designed to squeeze out the max speed which top out at 225-230mph on the straights. Sam’s winning average lap speed was  205mph. Some buzz at 50ft AGL.

The modifications to his Pitts include clipped wings with modified wing tips, carbon fibre side skins, carbon fibre tail instead of fabric covered, engine moved forward with prop shaft extension and carbon fibre cowling. The engine is a Lycoming 0-360 converted to fuel injection, high compression pistons, Light Speed III ignition, cold air induction, and aluminium landing gear instead of draggy bungee gear. The canopy is custom designed to be lower than standard…much lower. And that’s how you get from the usual speed of a Pitts S-1S at 140mph, to straight and level at 230mph.

The race rules at Reno are straightforward ‘fly fast, fly low, turn left’. It is the fastest motorsport on earth. It’s some achievement to even compete at Reno, it’s an astonishing achievement to win. Well done Sam, Limerick Flying Club is proud of you. 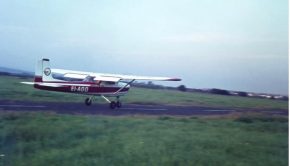