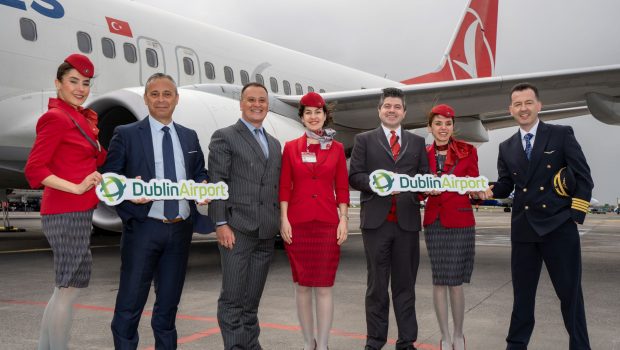 Turkish Airlines has commenced the first-ever service between Dublin and Antalya. The inaugural flight departed from Dublin Airport on Wednesday afternoon. The airline will operate the route three times per week on Sunday, Wednesday and Friday. This will be Dublin’s first direct route to and from Antalya.

Welcoming the new service, Dalton Philips, Chief Executive of daa, which operates Dublin Airport, said: “Dublin Airport welcomes this new direct route between Dublin and Antalya. Antalya is a beautiful city with rich culture and stunning scenery. The commencement of the service is great news for business leisure passengers in Ireland and Antalya and we anticipate strong demand for this service. Dublin Airport looks forward to work with Turkish Airlines in promoting this new route.”

Antalya is one of 180 destinations that Dublin Airport will serve worldwide this year, in partnership with 44 airlines, as it continues to rebuild its global reach following the devastating impact on the aviation sector due to COVID-19.