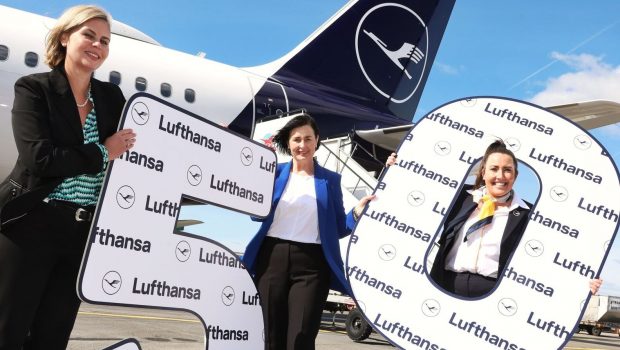 Congratulating The Lufthansa Group on its significant milestone, Dalton Phillips, Chief Executive Officer of daa, which operates Dublin Airport said: “Lufthansa is one of our longest serving customers and I want to acknowledge its commitment to Dublin Airport since 1972.”

“We have worked closely with our friends at Lufthansa fostering strong relationships and we were delighted to see them go from strength to strength with additional routes and increased capacities in recent years. We wish Lufthansa every success with their continued service from Dublin Airport and we are committed to work closely with the airline for what will be many more years to come.”

General Sales Manager of United Kingdom, Ireland and Iceland for Lufthansa Group, Dr. Frank Wagner, celebrates this occasion, saying: “It is with pride that we look back to five decades of flight operations from Dublin and celebrate our longevity in the market with Dublin Airport. Our ability to connect people, countries and economies in a sustainable way has become even more relevant today. In our booking outlook, we recognise that many Irish have rediscovered the taste and desire for travel.”