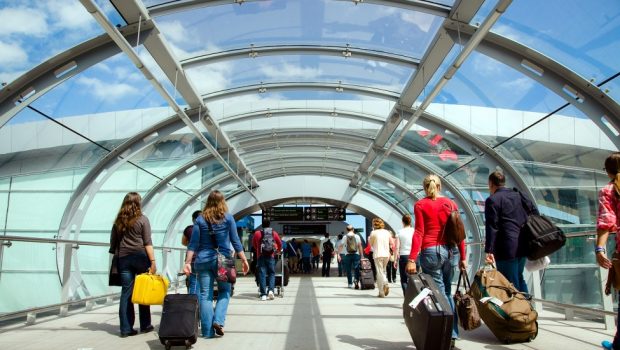 Passenger Numbers Up at Dublin in 2021

Passenger numbers increased at Dublin Airport by 14% to 8.46 million in 2021 compared to the 2020 figures. However, these figures are down a massive 74% on the record-breaking figures recorded in 2019. Two thirds of all passengers who travelled through Dublin Airport in 2021 did so between August and November which equates to 5.6 million passengers. In total, 8.3 million passengers either started or ended their journey through Dublin Airport while 155,000 of the overall number used the airport as a transfer hub last year. When compared to 2020 figures, short-haul traffic increased by 17% to 7.5 million, while long-haul passenger numbers decreased by 1% to almost one million. However, this is a decrease of 83% when compared to pre-COVID-19 passengers for the long haul and 73% for short-haul in 2019.

Passenger numbers on flights to and from other international destinations, which includes flights to the Middle East, declined by 21% compared with 2020. The number of people taking domestic flights increased by 13%. When comparing to pre-COVID-19 passenger numbers, other international destinations were down 81%, with domestic travel down by 63% when compared with 2019.