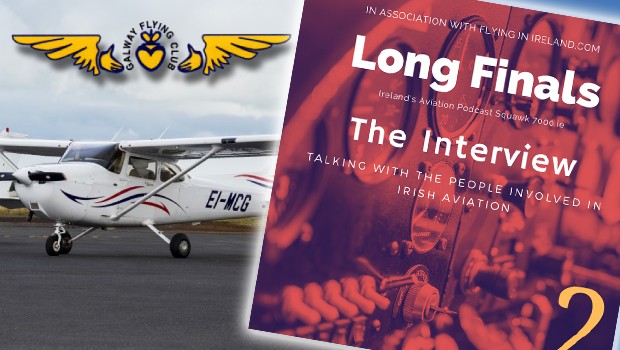 The Galway Flying Club is the longest-operating flying Club in the country, founded in 1946 and based initially in Oranmore. 2021 is an exciting year in the history of Irish aviation as Galway Flying Club celebrates 75 years. Due to the present Covid situation, the Club cannot celebrate this achievement as they would like, but this week on the podcast, we hear from Ian Fennell, Chairperson of the Club and Cormac Carey, the Head of Training. We’ll also hear some voices from among the club members, including Patrick Richards, JP Reynolds and Bridie Mitchell.