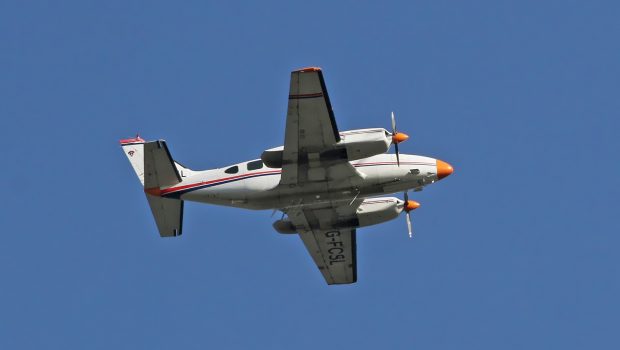 Prior to the reopening of the refurbished runway 16/34 at Cork on 22nd November, certification flights for the landing systems have been conducted over two days by a Piper PA31 Chieftan, G-FCSL. it is operated by Flight Calibration Systems Limited (FCSL) of Shoreham in England. They have a long term contract with The Irish Aviation Authority to flight check the navaids at eleven airports in the state, including the Irish Air Corps base at Casement Aerodrome, Baldonnel. They also have a separate contract with Donegal Airport.

FCSL are Europe’s only privately owned fight calibration company. They operate a fleet of five Diamond DA62 and two Piper Chieftans on contracts across Ireland, Britain, Africa and the Middle East. Ecomomy is achieved by basing two aircraft in Dubai which eliminates the need for expensive positioning flights from the UK. They have developed and installed their own airborne and ground testing equipment which is automated and allows highly accurate positioning for each test run. It is also compact which permits installation in small aircraft, greatly reducing operating cost.