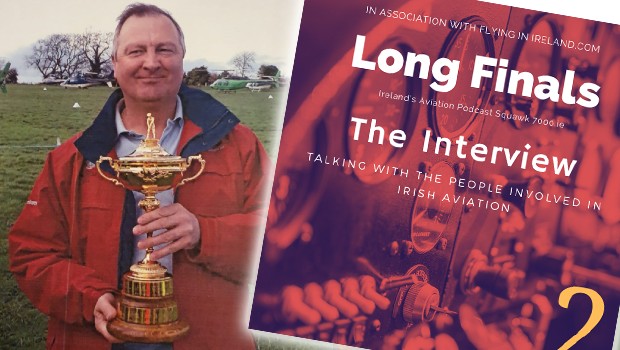 Another Legend of Irish Aviation – DV O’Hanlon shares a few stories from his 40-year career.

On this episode of Long Final from Squawk7000 we are in conversation with Dubliner DV O’Hanlon, retired Air Traffic Controller but still, a familiar voice at fly-ins and air shows around Ireland where he can be heard providing a local advisory service backed up with lots of patience and calm. He’s also been a presence at events such as the Heli-Pad at the Ryder Cup where over 186 helicopters operated multiple flights up to 600 in a day back in 2006. The IAA at the time told the Irish Times at the time, this was more flights than on the busiest day at Dublin airport.

DV shares his experience of 40 years as a controller and his enthusiasm for general aviation and local airfields.