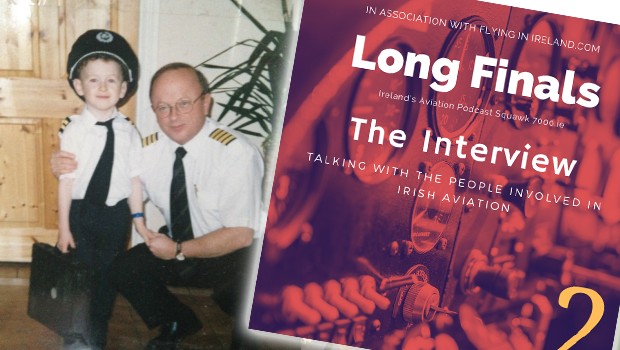 In this weeks episode, we talk with pilot Neil Murphy about his father, Captain Mike Murphy, who died on May 25th, 2019. In late 2018, his Dad was diagnosed with an aggressive brain tumour, a glioblastoma. On May 25th 2019, 2 days before Neil’s 27th birthday, his Dad had passed away. According to Neil, his Dad is the sole reason he is in an aviation career, and he couldn’t have asked for a better role model. For that reason, this won’t be any ordinary marathon. He wants this to be the most challenging 42.2km he could endure around London. The current record for a marathon dressed as a 3D aircraft is 5:03:15, and he hopes to beat this.

So with your help, he can reach his fundraising target, and some precious funds can go towards a charity that is doing incredible work to help us understand more about this terrible cancer.