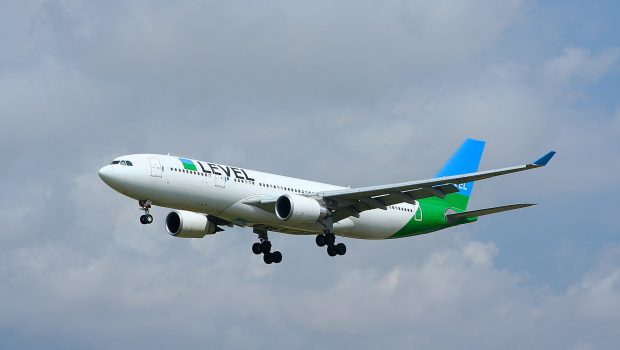 Dublin based Aergo Capital has announced the completion of a deal for the sale and leaseback deal for two Airbus A330-200 aircraft with Iberia. The aircraft involved are F-HLVL (c/n 1864) and F-HLVM (c/n 1882) which are both built in 2018 and operated by low-cost carrier Level. Level was set up in 2017 as a subsidiary of IAG to operate long haul services from Barcelona El-Prat and later Paris-Orly. Level operates flights under the Iberia flight codes as they have yet to obtain their own Air Operator’s Certificate (AOC) on routes from Barcelona. Level did operate short-haul services with bases in Vienna and Amsterdam using Airbus A320s and A321s but they were discontinued from June 2020. The airline currently has seven Airbus A330-200s in its fleet.

Commenting on the deal with Iberia, the Chief Executive Officer of Aergo, Fred Browne said, “We are extremely happy to partner with Iberia and further strengthen our relationship with IAG by adding one more carrier to the portfolio. We found Iberia to be proactive and fully supportive in this transaction, resulting in a smooth closing process. We are looking forward to further developing our relationship with the Group & Iberia”

Also commenting was the IAG Head of Fleet Investments, Mal Murphy who said, “We are very pleased to add Aergo to the IAG panel of trusted lessors with this transaction”.

Aer Lingus A330 Scrapped at Knock →