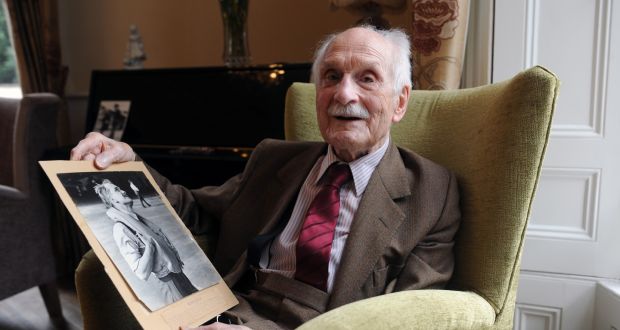 The Last of the Few and Good Wishes

I dare say that had it not been for some 2,500 pilots of RAF Fighter Command in the summer of 1940, all of our lives would now be much different.  They came from Britain, Canada, Ireland and the Commonwealth along with Poles, Czechs, Norway and France.  Together, they withstood all of the fury and might of the Luftwaffe.  One in five perishes, along with so many others wounded and maimed.  They were immortalized by PM Churchill as “The Few” to whom so much was owed by so many.

And now, there is only one still left alive.  Retired Group Captain John Allman Hemingway, DFC AE is the last living member of “The Few”.  Born in Ireland on 17 July 1919, he will celebrate his 102nd birthday in a few more days. Naturally known as “Paddy,” Group Captain Hemingway flew Hawker Hurricanes with RAF 85 Squadron flying from Debden and then Croyden during the Battle of Britain.  His squadron commander was the famed then Squadron Commander Peter Townsend who later was involved in the ill-fated love affair with Queen Elizabeth’s younger sister, Princess Margaret.

As a Hurricane pilot, Paddy Hemingway and the others were tasked to take out the German bombers while the Spitfires attempted to engage and hold off the German escort fighters.  And while the sleek and nimble Spitfires became the symbols of the Battle of Britain, the Hurricanes did the yeoman’s work and were the true heroes.  Always in the thick of the fighting and cited as ‘having the luck of the Irish, Paddy was never an ace but happy enough just to have survived.  So many others didn’t…

Shot down twice during the Battle of Britain, and twice more while serving in North Africa and Italy.  The Air Traffic Controller during the Normandy invasion, Paddy was temporarily promoted to Squadron Commander.  After the war, he commanded RAF 43 Squadron, got promoted to Wing Commander and went on to be station commander at RAF Leconfield.  A NATO staff officer in France, he finally served at the Air Ministry before being promoted to Group Commander on his retirement in 1969.

The last of “The Few” and now approaching his 102nd birthday on 17 July, a request has gone out to send a birthday card or good wishes to Group Captain Hemingway at his nursing home in Ireland.