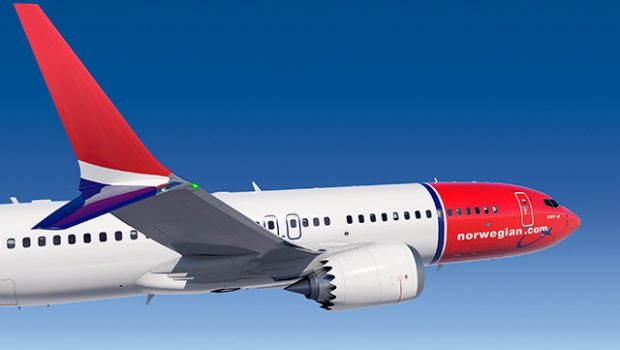 Norwegian has published their passenger figures for June showing a positive trend compared to the 2020 numbers and forward demand also showing positive numbers with more aircraft expected to be returned to service with the airline. In June, 225 509 passengers flew with the airline with a load factor of almost 63% on all flights. The airline operated mostly domestic flights within Norway. Norwegian operated 15 aircraft in June. The company operated 99.9% of its scheduled flights during the month, with 94.1% departing on time.

Commenting on the figures for the month, CEO of Norwegian Geir Karlsen said, “June traffic results still show the impact of low demand due to reduced flying schedules and government-imposed travel restrictions. However, we have seen a continued month on month increase in bookings as countries ease restrictions. As a result, we have resumed flights to a number of key European destinations, we will continue to adjust and increase our network and schedules as demand rises.”

The Dublin based arm of the company, Norwegian Air International (NAI) has informed staff that it will be reducing staff numbers from 31 with 22 redundancies. During the examinership process that the airline went through in recent months, it had informed the High Court that the survival of companies including NAI was “central to the survival of the group as a whole”. The airline is expected to return its Air Operators Certificate (AOC) to the IAA as it will only be concentrating on the Scandinavian market going forward. The airline has proposed to restructure current departments to ensure a lean and efficient organisation adjusted to a smaller fleet size, new business plan and strategy going forward. A consultation process has already begun with the Irish based staff with redundancies expected to be completed in early August