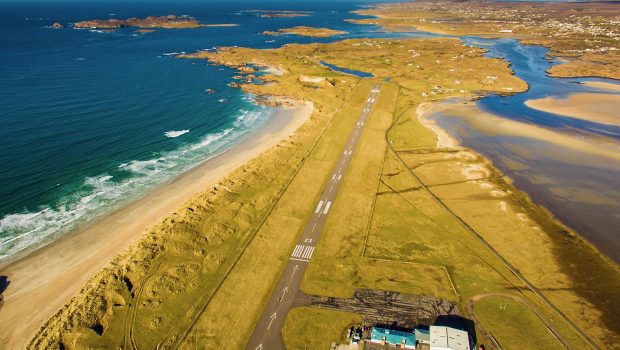 Amapola Fly AB is a Swedish airline, headquartered in Stockholm. The airline started in 2005 as an air freight/cargo operator and more recently expanded its operations to include scheduled passenger services. It currently operates on seven PSO routes in Sweden and Finland. Amapola will operate a Fokker 50 aircraft on the Donegal route. Flights will operate out of Donegal airport twice a day, every day. On weekdays, flights will depart Donegal Airport at 08:20 and 16:40 and from Dublin airport at 15:10 and 18:20 on weekdays.

Commenting on the announcement Minister for Transport, Eamon Ryan said “I am pleased to announce that Swedish operator Amapola has been awarded the seven-month contract to operate on the Government funded Donegal – Dublin PSO route. In order to ensure continuity of service on the Donegal route when this temporary contract expires, I plan to launch a further procurement process this summer to provide for a longer term contract of up to 4 years on the route.”

Also commenting was the CEO of Amampola, Mr Erik Salén who said “We are delighted to have won the tender to operate on the Donegal route and are looking forward to welcoming passengers on board when we commence operations from Donegal on 26 July. We are excited to be entering the Irish market for the first time and look forward to flying into Donegal airport which is widely considered to be one of the most scenic airports to fly into in the world. Flights are now on sale on our website www.amapola.nu and will be available to purchase on the Global Distribution System in advance of services commencing on the 26 July.”