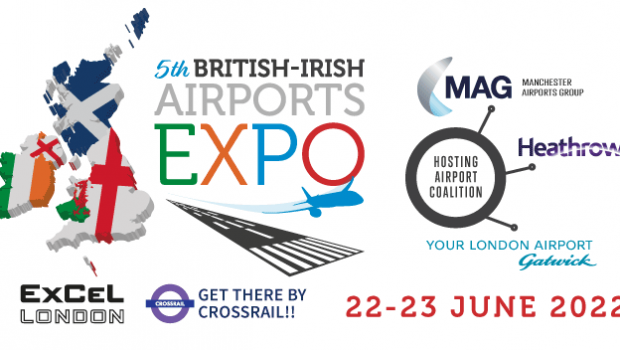 The 5th British-Irish Airports EXPO has been confirmed for 22-23 June 2022 at ExCeL London. The event is the trade show for all stakeholders on the airport campus. Typically, an EXPO comprises of up to 150 exhibitors, and six conferences, attended by over 2,300 visitors.

The 5th British-Irish Airports EXPO will include six top-quality free conferences covering every aspect of all-airport-campus operations and featuring 150+ expert speakers. Themes covered by these conferences will include:

More details about the event are available here and you can watch the highlights from the last event in the video below.