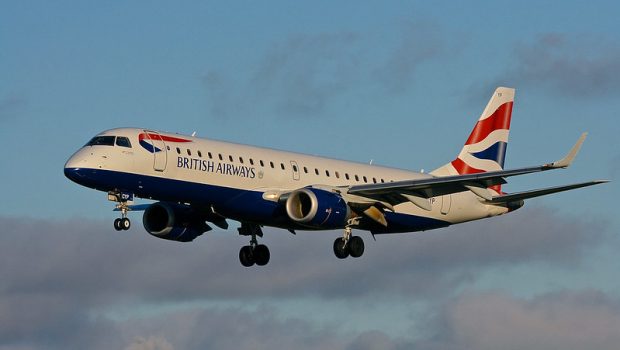 Following the sudden demise of Stobart Air last weekend, British Airways have now stepped in with the announcement of new services from Belfast City Airport. British Airways will be operating up to 18 services per week on four new routes starting from this week. All the new services will be operated by British Airways franchise partner CityFlyer Express using Embraer EMB-190 aircraft. Flights from Belfast City Airport to Leeds Bradford started on Wednesday with a six times per week schedule, Also starting on Wednesday was a four times per week route to Exeter. A twice-weekly service to Newquay will start on 3rd July, this will be followed in August by the start of the six times weekly Belfast City to Glasgow service. The new routes will run alongside existing British Airways services between Belfast and London City and London Heathrow airports.

Commenting on the new routes from Belfast City Airport, Managing Director of BA Cityflyer, Tom Stoddart said, “We’re delighted to announce these new services from Belfast, which will enhance our regional network and maintain vital connections between Northern Ireland and other key UK destinations. We’re sure these routes will be popular with customers getting away for a UK holiday this summer, as well as those visiting friends and relatives, and we’ll continue to listen to their feedback about where they want to travel. We also welcome the recent announcement about the NI Domestic Aviation Kickstart Scheme and await further details with great interest.”