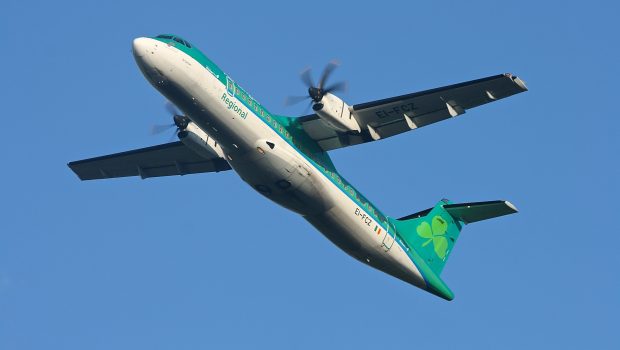 Two new routes to Cardiff have been announced this morning by Stobart Air to be operated on behalf of Aer Lingus Regional. The first new service will come into operation between George Best Belfast City Airport and Cardiff from 28th June when the new four times weekly service will begin. This route will be operated on Friday, Saturday, Sunday and Monday’s by the airlines ATR 72 aircraft. The second route will commence on 30th August between Dublin and Cardiff initially at a three times per week schedule operating on Monday, Friday and Sunday.

Commenting on the announcement of the new routes, Managing Director at Stobart Air, Andy Jolly said, “The aviation industry needs a roadmap and a clear plan for when and how air travel can safely resume in line with vaccination rollout programmes. We are pleased to add new routes from Dublin and Belfast to Cardiff to our network, which are subject to a timeline that provides certainty for airlines, airports and customers, and which will cater for both business and leisure travellers with direct, convenient and cost-effective flights.”

The airline currently flies from Belfast City Airport to Birmingham, East Midlands, Edinburgh, Exeter, Leeds Bradford and Manchester. A new service to Newquay was also recently announced and will start on 28th June. Stobart currently flies from Dublin to Kerry and Donegal on the Pubic Service Obligation (PSO) routes and a new service to Exeter will also commence on 30th August.