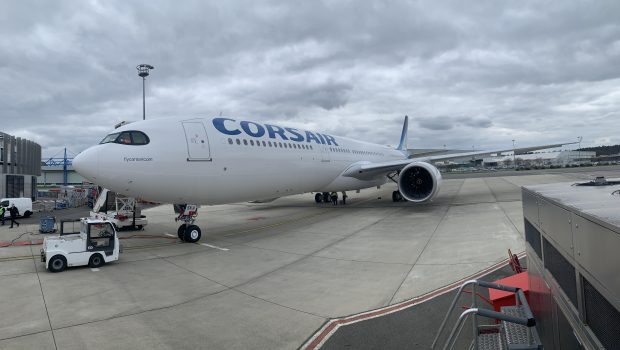 Irish based leasing company Avolon has delivered three more Airbus aircraft to customers across the globe. The first was an Airbus A330-900 F-HSKA (c/n 1986) delivered to French airline Corsair on 12th May from the Airbus facilities in Toulouse. This is the second aircraft that Avolon has placed with Corsair. Corsair originally set up in 1981 as a charter airline based in Paris-Orly. It is now part of the TUI Group and operates long haul services mostly to French territories in Africa and the Caribbean.

Following on from this, Avolon facilitated the delivery of an Airbus A320Neo to US carrier Spirit Airlines from the Airbus facilities in Mobile, Alabama. Spirit has its headquarters in Florida but has seven operating bases across the United States. Currently flying a fleet of over 160 aircraft, with a further 100 on order. Their fleet consists entirely of the Airbus A320 family. This is the ninth aircraft that Avolon has placed with Spirit.

In recent days, Avolon has delivered another Airbus A321Neo to Vietjet Airlines of Vietnam. This Airbus was delivered from the Airbus facilities in Hamburg. This is now the eight aircraft from the Avolon portfolio operating for Vietjet. This airline was only started operation in December 2011 and has expanded its fleet to consist of 60 Airbus A321’s and nearly 30 A320’s and they plan to introduce the Boeing 737MAX family into the fleet from late 2021 when the first of the 200 aircraft order will be delivered.