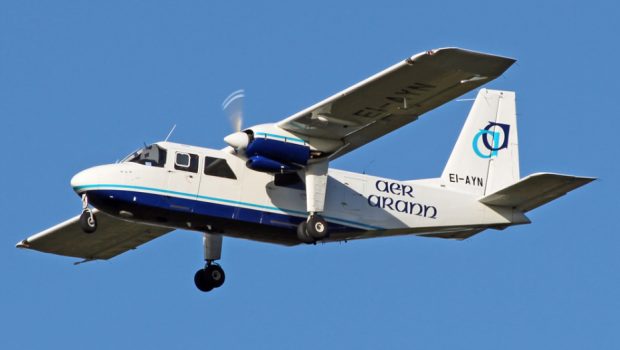 The Department of Rural and Community Development has awarded Galway Aviation Services Limited, trading as Aer Arann Islands, a new €5.6 million contract to support air services to the Aran Islands. The contract will last for four years and also includes the management of Aerfort Chonamara at Inverin, the aerodromes on the Aran Islands, Inisboffin and Cleggan for the period up to 2025.

Following the awarding of the contract, for Rural and Community Development, Heather Humphreys TD said: “I am delighted to approve this contract, which will ensure the supports for the air services between Aerfort Chonamara and the Aran Islands. Having a contract of this nature in place gives long term certainty to communities who live on the Aran Islands and rely on these services. It is also an important investment in terms of tourism and will ensure the Department’s aerodromes are managed professionally.”

“Investing in our island communities is a key commitment in ‘Our Rural Future’ – the Government’s ambitious new policy for rural Ireland. I look forward to making further announcements in relation to our island communities shortly. During my term as Minister, I also intend to publish a specific new strategy to support our islands, which have a special place in the hearts of the Irish people and are popular destinations for tens of thousands of tourists each year.”

Galway Aviation Services own a fleet of three Britten Norman BN-2 Islander aircraft, EI-AYN, EI-BCE and EI-CUW. The company operates daily flights between Connemara Airport and Inis Mor, Inis Meain and Inis Oirr. The airports at Cleggan and Inishbofin were completed in 2009 but have never opened despite over €10 million being spent on their construction and upkeep. It’s not clear whether this new contract includes any provision of air services to or from the ‘new’ airports.