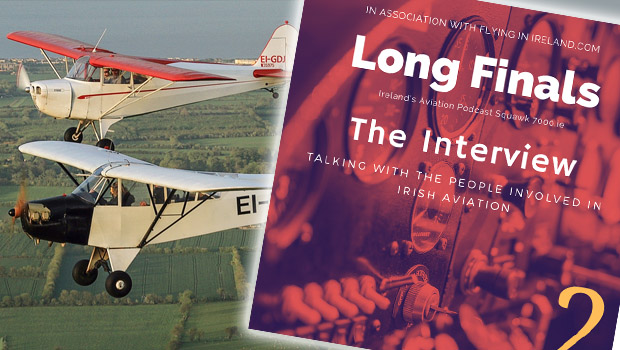 This week we’re talking with some of the committee of ILAS – the Irish Light Aviation Society.

ILAS represents pilots and builders, and restorers of light aircraft that operate under a ‘permit to fly. Their members build their own aircraft from kits or plans and restore classic and vintage aircraft. They operate a system of initial and ongoing airworthiness inspection for their fleet and supervise home build and restoration projects under a delegation from the Irish Aviation Authority.

Joining us from their remote locations are Cathal Connell, Michael Bergin, Charles O’Shea, Noel Murphy and their Chairman Noel Maher.