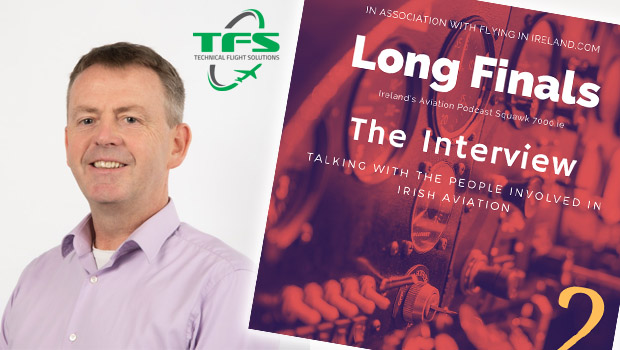 Squawk 7000 – Not all flights are the same – especially technical ones!

We’re talking with Donal Young of TFS – Technical Flight Solutions. Technical Flight Solutions is a full-service Specialised Operations Organisation focusing on the area of maintenance check flights, elective check flights and acceptance (pre and post-delivery) flights. The TFS team is led by an experienced group of operational, training and regulatory leaders who have worked with major airlines and the leading aircraft manufacturers today. On this podcast, we talk with one of the founders Donal Young. Donal is the Accountable Manager at TFS and also holds the post of Nominated Person Flight Operations.

Donal has been involved in aviation for over three decades, as a pilot, he has accumulated over 15,000 hours flying aircraft such as the Fokker 50, Boeing 737, Airbus 320 and 330. Donal has worked extensively with a major middle-eastern carrier in the delivery of A320 and A330 aircraft and has completed the Airbus In-Service Aircraft Test Flight Training Program.

It’s an interesting story of the world of regulation, delivery, acceptance and ferry flights.