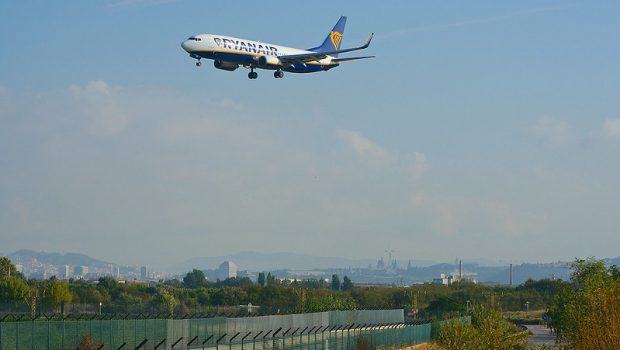 Ryanair has announced today that they will be returning to George Best Belfast City Airport this summer after 11 years. They will operate eight new routes to sun destinations in Spain, Portugal and Italy for the summer 2021 season. The new routes to Malaga, Palma, Alicante and Faro will all be operated on a daily basis with five flights per week to Barcelona and twice weekly to Ibiza and Valencia in Spain. Milan-Bergamo in Italy will also be served twice weekly.

Speaking of the new routes, Chief Executive at George Best Belfast City Airport, Brian Ambrose said, “This is excellent news for those in Northern Ireland considering a getaway this summer. The choice of routes offered by Ryanair will facilitate both city breaks and relaxing beach holidays for our passengers. Travel has been significantly restricted over the last 12 months and as the vaccine rollout continues at pace and the restrictions ease, we expect there will be considerable demand for these routes, and we look forward to welcoming Ryanair customers through the terminal.”

Also speaking was Ryanair’s Director of Marketing, Dara Brady who said, “We are delighted to make a return to Belfast City Airport this summer, having previously operated here in 2010. The UK Government’s highly successful rollout of their vaccination programme gives customers the confidence that travel will be possible this summer and Northern Ireland consumers now have eight routes at low fares to some of the most popular summer holiday destinations in Spain, Portugal and Italy to choose from. We look forward to welcoming Northern Ireland customers onboard our flights to the likes of Alicante, Barcelona, Milan and Valencia this summer. A much-deserved getaway is only a click away, so to avoid disappointment, we advise customers to act fast and book before these amazing low fares are snapped up.”