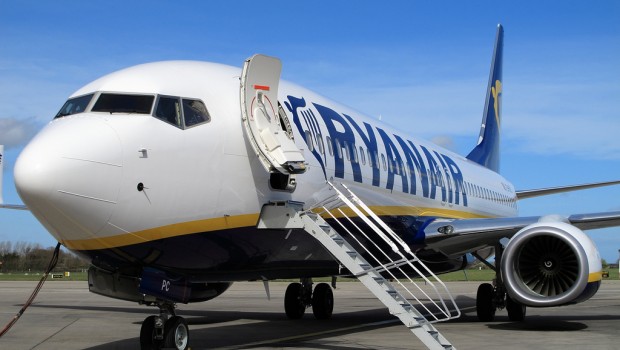 Ryanair February Traffic Down 95% as Cork Base Reopening put off

Ryanair traffic figures for February show a drop of 95% on last year. Ryanair carried just 500,000 passengers for the months down from 10.5 million in February 2020 which was the last month of full operations prior to the the COVID-19 pandemic taking hold in Europe during March. The airline flew just 6% of its regular flight schedule during the month and carried a 78% load factor on those flights that did operate.

Ryanair also confirmed that they would not be reopening their Cork Airport base until at least next winter. The decision was taking as Cork Airport have proceeded with a plan to resurface the main runway and some operations will be restricted from September to November while the work is carried out. Ryanair will fly routes to Cork with aircraft based at other airports such as Stansted as they say the airport will not be available for early morning departures and late evening arrivals of their based aircraft.

In a statement, Ryanair said, “We deeply regret the closure of our Cork base last winter due to the Irish Government’s failed Covid restrictions, which have collapsed air travel at Cork, Shannon and Dublin Airports, even while thousands of Covid cases have been imported across the Northern Ireland border. The counties with the highest rate of Covid cases have been consistently been the Border counties, not the counties of Cork, Dublin and Clare, where our main international airports are. NPHET’s policy of targeting our airports while failing to restrict “international travel” across the border with Northern Ireland has done untold damage to Irish air travel and tourism industries.”

In response, Cork Airport have said that the work of the resurfacing of the main runway is critical long-term capital infrastructure programme this year given the decimating impact the COVID-19 global pandemic has had on the aviation industry. The decision to proceed with the work this year while passenger numbers was down 99%, it makes prudent business sense to fast-track major capital investment projects now, while the airport is extremely quiet.

Management at Cork Airport has been engaged with all its major stakeholders, including Ryanair, in relation to the runway reconstruction and remediation project since last autumn. The majority of our airline customers are strongly in favour of the runway work being done this year. This runway reconstruction project is vital for the future of the airport and our aim is to complete with the least possible disruption and at the lowest cost. The reconstruction of the main runway which, when completed later this year, will be a key strategic asset for the South of Ireland for the next 20 years.