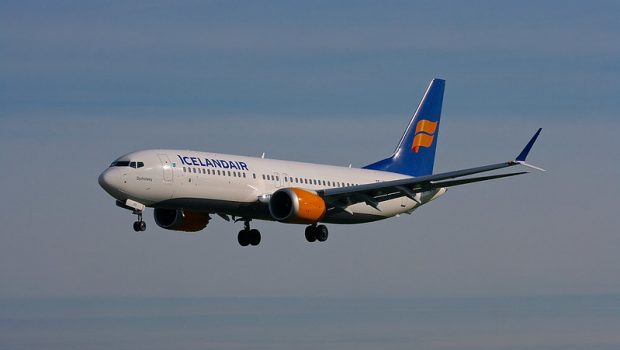 Icelandair have announced that they will resume operations of the Boeing 737-8 MAX this Spring. The airline had been flying the MAX for a year prior to the suspension of its airworthiness certificate in March 2019 following the two fatal accidents. Icelandair had been using the MAX on several of their regular flights to Dublin Airport from Keflavik. The airline operated up to ten services per week on the route prior to the pandemic and was used a feeder to their extensive US network. Icelandair have previously announced that they intend to return to the Keflavik – Dublin route for the summer 2021 initially with four trips per week, increasing to five per week in the peak of the summer.

Icelandair had a total of six Boeing 737 MAX aircraft delivered prior to the suspension of the MAX operations (Five Boeing 737-8MAX and one Boeing 737-9MAX) and they have three more on order. The Boeing 737-9MAX had only been delivered in February 2019 and had only operated a few commercial flights for the airline before they had to suspend its MAX flights. They also had two further Boeing 737-8MAX delivered in March 2019 but these had not entered service with the airline. Currently, Icelandair have their MAX aircraft stored at Lleida Airport in northeastern Spain, about 100 miles west of Barcelona. The aircraft were ferried from Keflavik via Shannon to Lleida in October 2019.

In a statement to the Icelandic media, Icelandair CEO Bogi Nils Bogasonsaid “The development of the epidemic, the distribution of vaccines, and the development of border rules will be crucial for the future. However, we are moderately optimistic that we will be able to increase flights from the second quarter of this year. Iceland will continue to be a sought-after tourist destination and, due to changes in the competitive environment, we will also see increased opportunities for connecting flights between Europe and North America through Iceland.” The airline will ferry their aircraft back to Keflavik for a full maintenance check and pilot training prior to return to service in late March or early April.