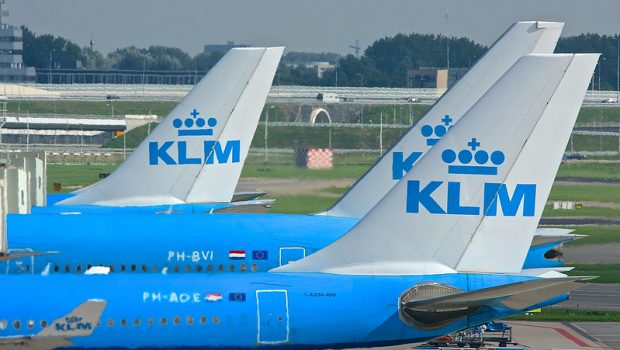 Dutch airline KLM has suspended its Amsterdam-Schipol to Cork service until the 28th February at least due to the spike in Coronavirus cases in the Netherlands. This is one of up to 270 routes that will be suspended in the coming days as stricter regulations are brought in to ease the spread of COVID-19. Various media outlets are reporting that KLM will stop operating all of its intercontinental flights as well as some connections between Amsterdam and other European destinations starting on 22nd January.

The Netherlands have been in a lockdown since mid-December, with schools, the hospitality industry and retail stores selling non-essential items closed. On 20th January the Dutch government recommended stricter measures to mitigate continued spread of the coronavirus, including a curfew and a temporary ban on flights to South Africa, South American countries and the United Kingdom. It also requires passengers bound for the Netherlands to take a rapid test prior to departure as well as a standard PCR test upon arrival. A spokesperson for KLM is reported to have told local media “We cannot run the risk of our staff being stranded somewhere. This is why we are stopping all intercontinental flights from Friday and all flights to European destinations where crew members have to spend the night.”

The KLM service to Dublin is still showing as available to book flights in the coming weeks. However, their early morning service, which requires the crew to overnight in Dublin has not been operated recently.

UPDATE: On Saturday evening, 23rd January, KLM announced that it would continue to operate long haul flight when a compromise deal was reached where flight crew on high coronavirus risk flights would take a rapid antigen test before departure from the Netherlands and after their return. Crew would maintain strict quarantine rules while abroad. This will enable KLM to keep the supply chain active for the distribution of vaccines and other critical cargo.