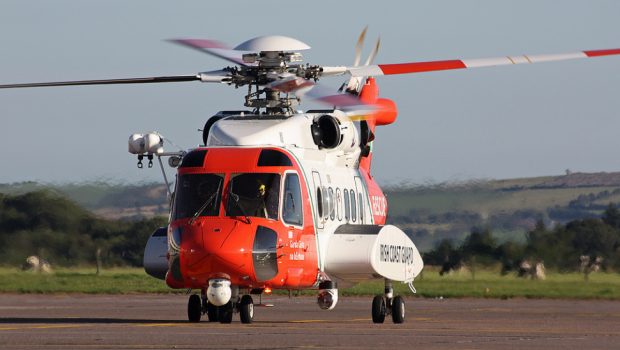 The Search and Rescue (SAR) Helicopter service, operated by CHC Ireland, operated 781 taskings in 2020. In addition to SAR missions, the service undertakes 24/7 emergency medical support to the island communities, Helicopter Emergency Medical Service (HEMS) support and inter hospital transfers services to the HSE including emergency paediatric transfers to the UK. Day and Night operations are conducted from the four bases at Sligo, Shannon, Dublin and Waterford using the Sikorsky S92. A fifth helicopter based at Shannon is used as a spare when the other aircraft are down for maintenance.

In an end of year commentary, the Coast Guard has highlighted, that despite the impact of COVID-19, 2020 has proven to be a relatively busy year. Overall, the Coast Guard coordinated 2643 incidents in comparison with 2490 incidents in 2019. Activity over February, March and April was the lowest recorded for each of those months over recent years but noticeably picked up in May with August and September proving to be exceptionally busy. 464 incidents were recorded in August in comparison with 369 for August of 2019 and 307 incidents recorded in September with a corresponding figure of 239 in in 2019.

Coast Guard Director Eugene Clonan said that the key challenge this year was to ensure the 24/7 delivery of Coast Guard SAR services, as coordinated by the three Rescue Coordination Centres in Malin Valentia and MRCC Dublin and responses delivered primarily by Coast Guard’s own volunteer sector, its contracted Helicopter service, RNLI and Community Inshore Rescue services:

“I want to thank all the men and women that make up our SAR community, for the discipline and commitment they have demonstrated in maintaining service availability through the most challenging of times.”

Coast Guard recorded a total of 72 drownings in 2020 a reduction on 2019 figures and is working closely with Water Safety Ireland in monitoring drowning risks and trends.

MRCC Dublin serves as the national single point of contact for processing of COSPAS-SARSAT 406 MHz Satellite Beacon Alerts generated by Irish registered beacons worldwide (EPIRBs (Emergency Position Indicating Radio Beacon; PLBs (Personal Locator Beacons) and ELTs (Emergency Locator Transmitters), including any beacon alerts from foreign flagged vessels or aircraft operating within the Irish SRR (Search & Rescue Region). During the year a total of 192 satellite beacon alerts were processed, many of which were the result of false alerts due to the mishandling or incorrect disposal of beacons.