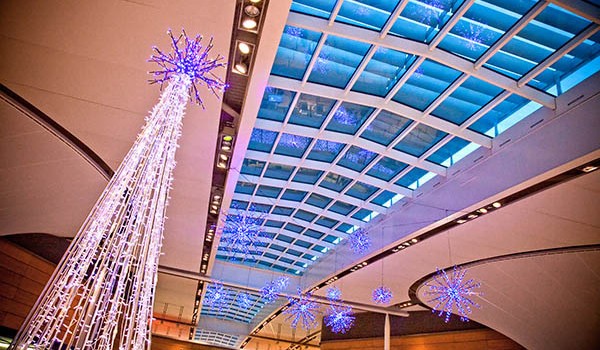 Both Cork and Dublin Airports have announced that they expect passenger numbers to be down nearly 90% over the Christmas period compared to last year. An estimated 137,000 people are due to travel through Dublin Airport this Christmas compared to almost 1.2 million people who passed through the airport during the same period last year. About 127,000 of those passengers are travelling to and from Ireland during the Christmas period, while about 10,000 people are connecting passengers who pass through Dublin Airport. From Monday 21st December to Monday 4th January 2021 there is expected to be an average of 8,615 departing and arriving passengers per day, which compares to an average of 83,508 passengers per day over the Christmas season last year.

DAA spokesperson Siobhán O’Donnell said “Dublin Airport will be quieter this Christmas than it has been in decades. The busiest day during the Christmas season is expected to be December 27. The traffic situation this year is more unpredictable than a normal Christmas so the final passenger number may differ from the forecast traffic levels. Over the Christmas period we would like to remind all passengers to comply fully with COVID-19 guidelines throughout their journey through Dublin Airport. Face masks should be worn when in the airport buildings, social distancing protocols should be observed and there are more than 1,000 hand sanitisers located throughout the airport campus.”

Also commenting on the upcomming festive season, Cork Airport Head of Communications, Kevin Cullinane said “Cork Airport will experience one of the quietist Christmases in decades this year with just 11% of normal passengers levels. We have just five routes operating this Christmas (London Heathrow with Aer Lingus; Amsterdam with KLM; and London Stansted, Gdansk and Katowice with Ryanair) compared to thirty-two routes last year. We would remind Passengers and those meeting and greeting them at Cork Airport to comply fully with all COVID-19 guidelines throughout their entire journey through Cork Airport”

Unfortunately, due to the COVID-19 restrictions both airports will not be able to host normal Christmas music programmes where locals choirs and musical groups entertain the arriving passengers with some festive cheer.

Both airports will close on Christmas Day although some staff members will remain on duty that day, including the airport’s emergency Fire Service and Airport Police personnel and Airport Duty Manager.