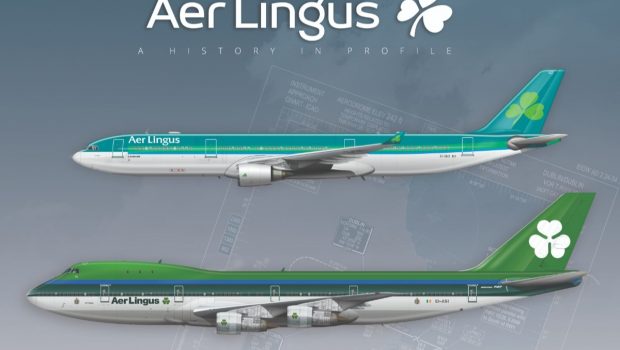 Aer Lingus – A History in Profile

Renowned aviation artist Andy McKay has launched a Go Fund Me campaign to fund the print cost for his new book –  Aer Lingus – A history in Profile. Andy has been working on the book over the past 4 years that shows the airlines development through its varied colour schemes and branding from 1936 to the current company livery.

Andy has been drawing planes since the age of five. It has been a constant subject to draw ever since his father brought him to the Airshows held at Fairyhouse racecourse in the early eighties. Andy is a self-trained artist and graphic designer of highly detailed aviation profile art Prints. He contributed many aircraft profiles to the print edition of Flying In Ireland over 10 years.

For more information about the project, you can Click Here.