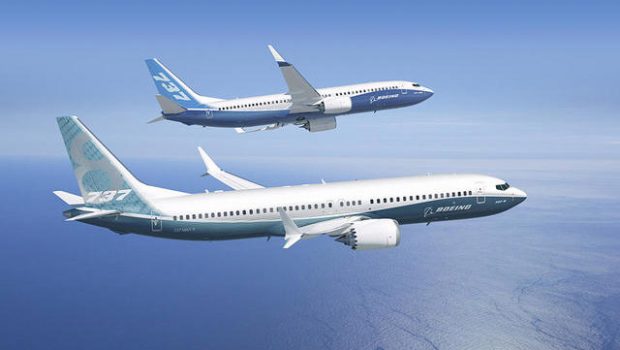 On Wednesday afternoon, the FAA in the United States approved the Boeing 737MAX to return to passenger service. The type has been grounded worldwide since 13th March 2019 following two fatal accidents in Indonesia and Ethiopia. In a telephone press conference on Wednesday, FAA Administrator Steve Dickson said the Boeing 737MAX is now “the most heavily scrutinised transport aircraft in aviation history. I can tell you my family and your family will be safe on this aircraft.”

What was the problem?

The changes made to the Boeing 737MAX flight control system centre around a system called MCAS – Manoeuvre Characteristic Augmentation System. This is a new system introduced on the MAX that was never fitted, or required, on the NG or Classic series of the 737. The system is required to aid pitch stability in certain parts of the flight envelope, particularly at low airspeed and low gross weights. The requirement was driven by the addition of new CFM LEAP-1B engines that are larger than the CFM56-7 on the NG and mounted higher, and further forward on the wing. In an ideal world, pitch stability issues would be addressed with changes to the horizontal stabiliser and elevator. However, in order to maintain commonality with earlier models of the 737, certification rules stipulate than only a limited number of structural changes can be made.

In both fatal MAX accidents, Lion Air Flight JT610 and Ethiopian Airlines Flight ET302, it was an inadvertent activation of the MCAS system that led to the accidents. The final report for the Ethiopian accident has not yet been published but the Lion Air accident investigation found that a faulty Angle of Attack (AoA) sensor caused the MCAS to activate. The Indonesian authorities found that while being repaired in the USA, the AoA sensor had been mis-calibrated – this miscalibration was not noticed when being installed on the accident aircraft.

Shortly after takeoff, the left AoA sensor indicated that the aircraft was stalled causing MCAS to activate. This manifested itself to the crew as un-commanded nose down stabiliser movement. All 737 models have runaway stabiliser memory items – these are actions that must be completed by the crew by memory in a timely manner. These were not completed by memory, and only via a checklist several minutes later. At this stage, MCAS has already moved to the stabiliser to almost the full nose down position. This caused the aircraft to pitch down and would have required significant nose up control column pressure from the crew to maintain straight and level flight. Towards the end of the seven minute flight, the aircraft nose was allowed to drop causing it to accelerate and crash shortly after.

This particular event can be difficult to manage. It causes several spurious warnings in the flight deck including airspeed disagreement, altitude disagreement, stick shaker activation and various other lights that indicate system failures.

The recent US Senate House Committee report titled “The Design, Development & Certification Of The Boeing 737 MAX” found that Boeing made several faulty assumptions when it came to design features on the MAX. The company assumed that despite new technologies being added to the MAX aircraft, particularly the inclusion of MCAS, pilots would not need to be specifically trained to respond to potential MCAS failures, for instance, or even to be aware MCAS existed. Boeing’s own test data, cited in the House Committee Report, showed that a Boeing test pilot struggled to effectively respond to uncommanded MCAS activation in a MAX simulator and found the condition “catastrophic”.

The investigation into the Ethiopian accident is ongoing but data from the preliminary report paints a very similar scenario to the Lion Air accident. 39-year-old Mick Ryan from Co. Clare was onboard that flight. Mr. Ryan was the father of two young children and was in Ethiopia working with the United Nations World Food Programme.

So what has Changed?

Since the grounding of the MAX on 13th March 2019, three days after the Ethiopian accident, the type has undergone a comprehensive review into its certification that has mandated numerous changes to its flight control system. Arguably, the MAX is the now the world’s most scrutinised design. The FAA have insisted that no shortcuts would be taken and there was no timetable for the work to be complete – it would be done when it was done.

One of the final hurdles was for FAA Administrator Steve Dickson to pilot the aircraft himself, which he did on 30th September. “I liked what I saw. It responded well,” Dickson said afterward. Yesterday, the FAA said in a statement “FAA Administrator Steve Dickson today signed an order that paves the way for the Boeing 737 MAX to return to commercial service. Administrator Dickson’s action followed a comprehensive and methodical safety review process that took 20 months to complete. During that time, FAA employees worked diligently to identify and address the safety issues that played a role in the tragic loss of 346 lives aboard Lion Air Flight 610 and Ethiopian Airlines Flight 302.”

The MCAS system has been redesigned to take inputs from both the left and right AoA sensors. If there’s a disagreement between the two, the MCAS system will not be able to activate. Both sensors must now indicate an approach to stall condition before MCAS can be triggered. A maximum MCAS command limit has also been introduced, this will limit stabiliser trim movement to 2.5 units. MCAS can now only be activated once per approach to stall condition and should unwind itself once the stall condition is no longer sensed – in other words, it should undo any stabiliser input once the aircraft accelerates away from the approach to stall condition. There has also been lots of small Flight Control Computer (FCC) logic changes as well as modifications to the Speed Trim System (STS), Stab Out of Trim light, Autopilot and Flight Director logic. A synthetic, third, Angle of Attack sensor is also being developed for the 737-10MAX and this will ultimately be retrofitted to all existing MAX aircraft. A similar system is installed on the Boeing 787 Dreamliner and involves a computer calculation of AoA rather than having a physical sensor.

EASA Certification should follow the FAA announcement shortly. EASA have conducted their own independent investigation of the MAX certification. In conjunction with Canada, Brazil and the US, they have agreed identical design changes and crew training. Canada and EASA, however have differed with Brazil and the US on crew procedures. European pilots will have a procedure to inhibit the stick shaker during an erroneous event – a questionable procedure and a complete departure from normal Boeing procedure.

Industry sources have indicated that a minimum of two hours simulator training per crew will be required before crews are permitted to operate the MAX in service. This will be in addition to theoretical knowledge study of the new systems and non-normal procedures. Details have yet to be published but are expected shortly.

When will we see the first MAX back in the air?

Getting the MAX back in the air is not a quick, easy or cheap process. The cost of modifications are thought to be about $1 million per aircraft. Recently produced aircraft have already been built with the new changes incorporated. Retrofitting the 450 or so aircraft already built is expected to take up to 2 years with delivered aircraft being prioritised.

American Airlines will be the first to recommence operations beginning 29th December and operating on the route from Miami to New York La Guardia. There are currently six Boeing 737-8MAX aircraft registered in Ireland, EI-FYD, EI-FYE (Norwegian), EI-GFY, EI-GGK, EI-GGL (Air Italy) and EI-MNG (Mongolian Airlines). A further seven MAX’s were registered to Norwegian but have since been transferred to the Swedish register.

Ryanair have ordered a slightly different variant of the -8, designated as the -8200. It is identical in size to the -8 model but incorporates two mid-exit doors aft of the wing and can cater for 197 passengers. Internally, the aft toilets have been relocated into the aft-bulkhead and a cabin crew station added to one mid-exit door. These changes have freed up space for the extra seats. This variant needs a separate certification, mainly due to the mid-exit doors, and is expected to be completed early in the new year. This will pave the way for Ryanair to take delivery of their first aircraft – most likely towards the end of the first quarter of 2021.

The Ryanair Group has an order for 135 737-8200’s and an option for a further 100. Many of the airframes that have been completed so far have been painted in the colours of subsidiary Buzz and will not be delivered to Ryanair DAC – the Irish operation. Group CEO Michael O’Leary has said publicly that airline group is interested in acquiring more of the type but said that nothing would be finalised until the first aircraft from the current order are delivered.