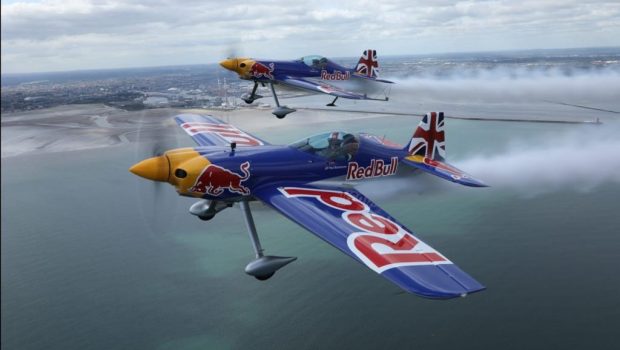 Red Bull Matadors Heart for the HSE over Dublin

Last week the Red Bull Matadors were invited to Ireland to draw a giant heart in the sky over Dublin Bay as a tribute to frontline workers. The XtremeAir Sbach 300 pair, flown by Paul Bonhomme and Steve Jones, took off from Newcastle Aerodrome and drew a number of hearts in the sky over Lough Tay Co. Wicklow and over Dublin Bay. Frank Grealish from IrishAirPics.com was on hand for an air to air photo of the Matadors over Dublin to mark the event. See the videos below. The organisers would like to thank the IAA and Newcastle Aerodrome for their help in making the event happen.