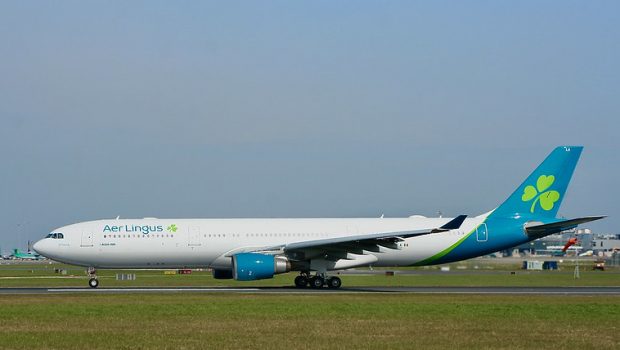 Aer Lingus has started the first in a series of flights from Seoul with PPE (Personal Protective Equipment) for the HSE. The first flight, EI-9030, departed Dublin on Tuesday (21st July) at 11.30am, operated by A330-300 EI-ELA, for the flight to Seoul in South Korea. Similar to the flights previously operated to Beijing in recent months, Aer Lingus will operate the outbound flight with the crew for the return sector on board. These flights will have six crew for each leg.

Aer Lingus previously operated 259 flights between Beijing and Dublin between March and June this year with cargo of PPE for the HSE in support of the Irish response to the COVID-19 crisis. The contract for the flights to Seoul is much shorter with only around 13 flights expected to be operated in this series. The flight time to Seoul is expected to be in excess of 11 hours on the outbound leg and about 12 hours on the return leg. The flight routing on the first service took the aircraft across the UK over Manchester, over the North Sea bringing the flight over Copenhagen, Estonia then just south of St Petersburg in Russia, across northern Russia and then turning south through Mongolia, north eastern China, and finally through the Yellow Sea to avoid North Korea and then into Incheon Airport in Seoul.