During the quarter Avolon delivered 3 new aircraft and transitioned 4 aircraft to follow-on lessees. It sold 10 aircraft during the quarter with 5 of these aircraft sold to the Sapphire 2020-1 vehicle. A total of 16 lease transactions were executed in the quarter comprising new aircraft leases, follow-on leases and lease extensions. At the end of Q2 the owned and managed fleet stood at 547 aircraft with total orders and commitments for 277 new aircraft. This were placed with a total of 145 airline customers in 62 countries.

Commenting on the Q2 update, Dómhnal Slattery, Avolon CEO, said:“Q2 was a challenging period for the aviation sector as COVID-19 impacted the industry on an unprecedented global scale, bringing with it continued uncertainty around the pace and timing of a recovery. The months ahead will be difficult, but we have the experience and balance sheet to manage through these headwinds. In Q2 we continued to reinforce our strong capital position and have maintained over US$5 billion of total liquidity through the first half of this year. Decisive measures to strengthen our capital position included the opportunistic buy back of US$639 million of our unsecured bonds at a discount to par, in so doing reducing our near-term debt maturities. More significantly, we have reduced our near-term commitments by over 140 aircraft since the start of the year. These actions provide us with the capital strength to manage through this market backdrop and to support our customers through the recovery.”

Other highlights from the update: 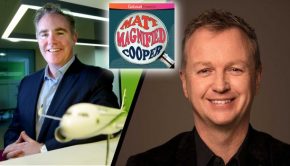