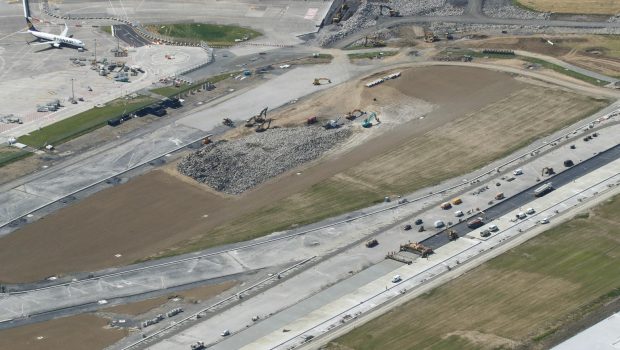 Roadbridge, one of the main contractors involved in the construction of the North Runway at Dublin Airport have released some new aerial photos outlining progress on the project. Take a look at our previous update to see how the project has progressed. Work was temporarily suspended due to Covid-19 but has since restarted.

Roadbridge involvement with the project began in December 2016 when they were awarded the North Runway Construction Package 1 (NRCP1) enabling works contract, prior to being awarded the main works contract (NRCP2) in September 2018 with the runway scheduled to be completed in 2021. The main construction package is a joint venture comprising of Irish firm Roadbridge and Spanish infrastructure company FCC Construcción (FCC).