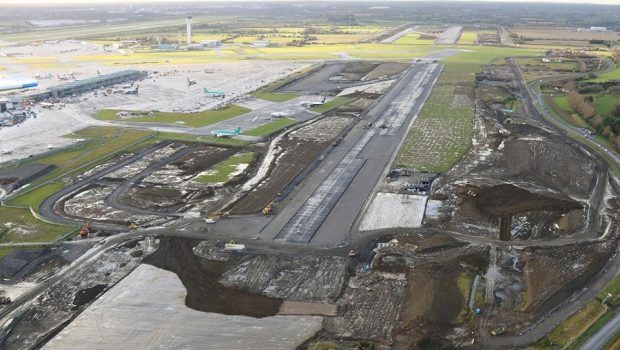 Roadbridge, one of the main contractors involved in the construction of the North Runway at Dublin Airport have released some fantastic photos outlining progress on the project. The first two photos below were taken in February 2019 and the last photo and the main photo above were taken in November.

Roadbridge involvement with the project began in December 2016 when they were awarded the North Runway Construction Package 1 (NRCP1) enabling works contract, prior to being awarded the main works contract (NRCP2) in September 2018 with the runway scheduled to be completed in 2021. The main construction package is a joint venture comprising of Irish firm Roadbridge and Spanish infrastructure company FCC Construcción (FCC)

The project is critical to boost Ireland’s air connectivity, which is vital for economic growth. Key project statistics to date include: